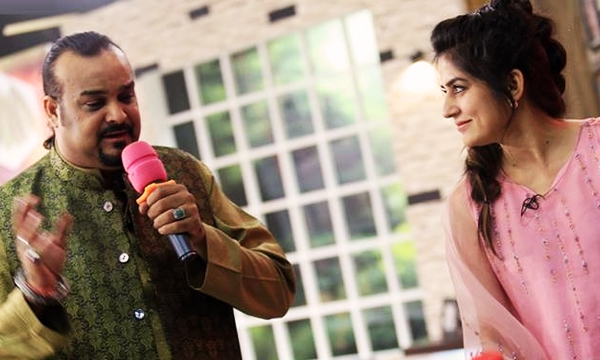 The talented and beautiful Sanam Baloch did a morning show to pay tribute to the legendary Ghulam Fareed Sabri on his 22nd Death Anniversary on 6th April 2016. She paid homage to the veteran Qawwal on her morning show on ARY News where Amjad Sabri appeared as a guest with his mother, sisters, daughters, son and nephews.

This what the star shared on her facebook page on June 22nd, the day the legendary qawwal died.

Recently, Sanam was in news as she is appearing after 3 years of being part of the world of morning shows, the actor-host Sanam Baloch is finally making a comeback in a short movie with a powerful role.

Her last serial was Kankar that aired in 2013. When she was asked if she was could not to find a good script in these three years, she said, “There are good dramas being aired these days but there are not much of them as they used to be. I’ve gone through a lot of scripts in this time but there was nothing that really appealed to me.”