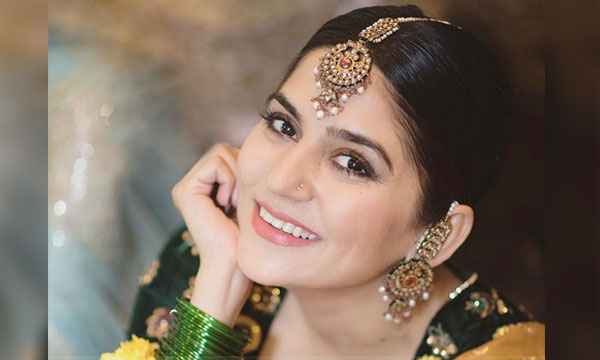 The pretty and popular, Sanam Baloch is back with a bang in dramas! The morning show host has been ruling the airwaves with her program “The Morning Show with Sanam Baloch” on ARY News.  But it seems it’s not just serials she might be appearing in!

We have seen Mahira Khan, Sajal Ali and Saba Qamar taking Bollywood by storm. Is Sanam Baloch next? We really hope so.

And here she mentions getting offers from Bollywood.

Does this mean she is considering an offer? We can only wonder!

Recently, Sanam Baloch has signed up for her comeback drama “Isthikara” and she will be seen across Sarmad Khoosat. Apparently, she loved the script and just could not say no!

“This was such a different kind of script, I believe many girls out there can relate to it – I couldn’t refuse!”

Trying to keep the selfie game 💪🏼 with this guy! @khoosat #sanambaloch #official #exclusive

Sanam Baloch has made waves in Indian with her dramas like “Kankar”,  “Daam” and “Dastaan”. With Bollywood crazy about Pakistani stars, Baloch was bound to get offers from neighboring nation.

Hope we hear an announcement from Sanam soon!