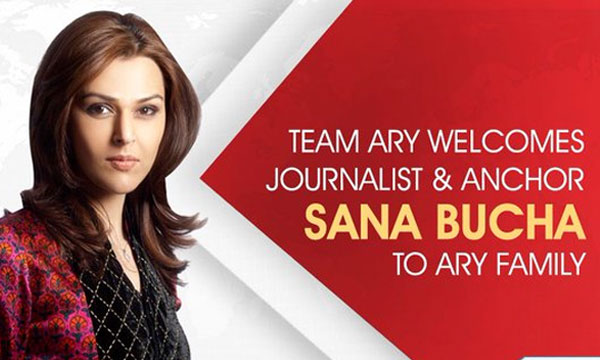 Sana Bucha, the popular news anchor, makes it back to the newsroom after a long retreat. The CEO and founder of ARY Digital Network tweeted Bucha’s return to ARY news.

The journalist quickly responded that she was looking forward to doing some meaningful TV since a long time.

Sana Bucha gained popularity owed to her current affairs show ‘Laikin’; she had initially joined GEO Network. She was the producer of the English news show and the host of News Day.

She had also served as the executive director for Crisis Cell; she eventually moved to Laikin.

Bucha was content with Geo Network until Amir Liaquat joined as president of GEO TV. She resigned twice in one year because of the differences with the leading televangelist.

She became part of Dunya News in November 2012; she later left the channel due to an election campaign. Sana Bucha will be making an appearance in the upcoming movie, Yalghaar.

The House of HSY To Premiere 1st Short Film ‘BE Yourself’