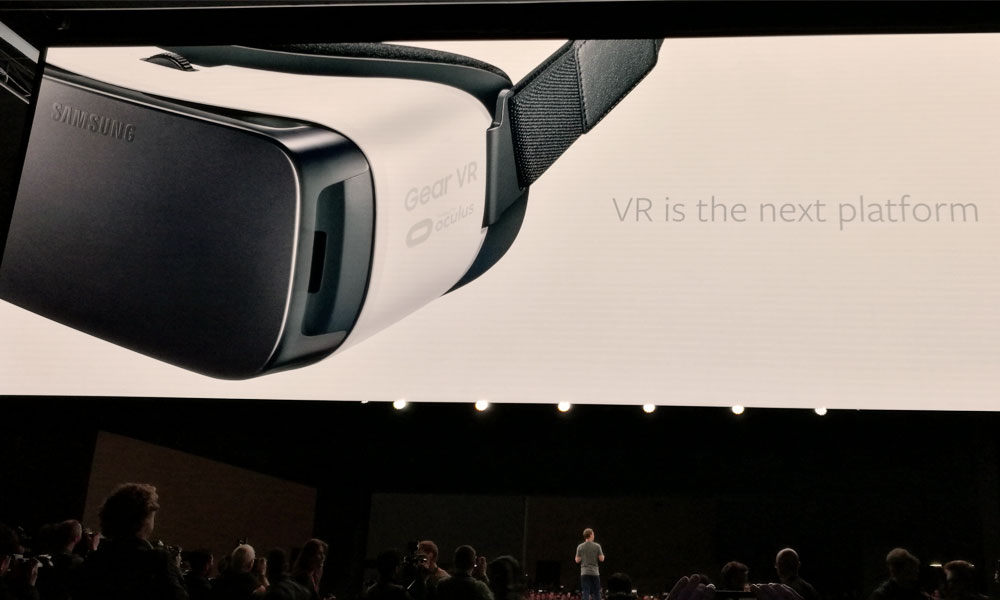 South Korean tech giants Samsung Electronics and LG unveiled Sunday new smartphones with better cameras and turned to virtual reality to boost interest in their headsets at a time of slowing sales.

The company, the world’s number one smartphone maker, also debuted its first 360 degree camera, the Gear 360, in Barcelona where the mobile industry is gathered for the start of the Mobile World Congress on Monday, in its latest attempt to remain ahead of Apple.

The camera is designed to make it easy to take all-around photos and videos that can be uploaded to Facebook and YouTube, or viewed as immersive experiences on Samsung‘s virtual reality Gear VR headsets which went on sale in November.

“User generated 360 degree photos and films are going to see rapid growth in 2016. Numerous 360 degree cameras are being launched and users will want to get access to this content,” said Ben Wood, chief of research at CCS Insight. “Although it can be viewed on a standard smartphone or PC screen, the most impactful way of looking at this content is with a VR headset -– this is undoubtedly going to drive sales of these products.”

Facebook founder and CEO Mark Zuckerberg made a surprise appearance at theSamsung press conference to announce a partnership with the South Korean firm to promote the use of virtual reality on the social network.

“We want to make Facebook the best video platform for virtual reality and Samsung is the only company in the world that can provide a good experience in terms of virtual reality,” he said.

Rival South Korean tech firm LG sought to steal Samsung‘s thunder by unveiling its new premium handset, the G5, its first modular smartphone which is made using different components that can be independently upgraded or replaced such as a removable battery.

The G5 comes with several accessories such as a sound system developed by Danish firm Bang & Olufsen and a virtual reality headset which will allow it to compete with a headset launched by Samsung late last year.

The focus on accessories comes with the smartphone market beginning to slow as it becomes increasingly saturated.

LG’s parent company LG Electronics’ net profit halved last year on the back of a global economic slowdown and increased competition in the mobile sector whileSamsung was only able to boost its market share moderately.

Apple, which will not be present at the congress in Barcelona, saw iPhone sales fall for the first time on an annual basis in the final quarter of last year, according to Gartner.

The market research firm said that the 9.7 percent increase in smartphone sales in the final quarter of last year over the same period in 2014 takes the industry all the way back to 2008 when the global economy was in crisis.

Analysts said handset makers face a tough choice. Focus on the low-price segment, where sales volumes are large but margins become thin. Or focus on features which can differentiate their phones.

“We are moving towards a logic of segmentation and improvement, with a better camera or more autonomy for example, maybe some advances in virtual reality, but there will unlikely be any major innovation,” said Thomas Husson, an analyst at Forrester.