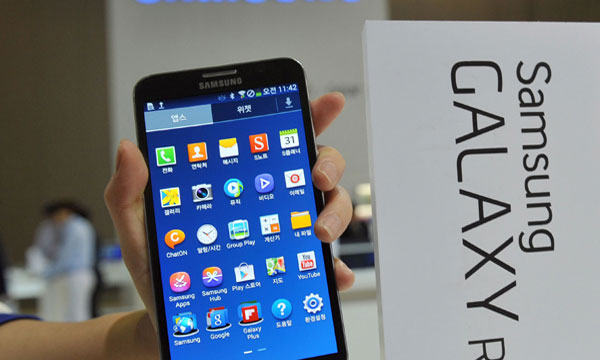 Samsung kept the top spot in a global smartphone market which showed signs of flattening in the first quarter of 2016, a survey showed Wednesday.

The report by research firm IDC said the worldwide smartphone market saw its slowest growth on record of 0.2 percent, with shipments totalling 334.9 million.

The latest figures underscored a shakeup in a smartphone market showing signs of saturation in many markets around the world, pressuring some of the well-known vendors. In the new survey, Lenovo and Xiaomi, two other Chinese brands, fell out of the top five, IDC said.

Samsung kept the number one spot with a market share of 24.5 percent even as its sales dipped 0.6 percent, while Apple stayed at number two with a 15.3 percent market share and its worldwide sales slipped 16 percent.

Huawei’s 58 percent sales boost from a year ago helped lift its market share to 8.2 percent, the survey found.

Oppo, which has been expanding outside the Chinese market, saw 153 percent growth to grab a 5.5 percent market share. Vivo meanwhile posted a sales boost of 123 percent for a 4.3 percent share.

“Outside of China, many of these brands are virtually unknown and the ability of these rapidly growing Chinese vendors to gain entry into mature markets such as the United States and Western Europe will be essential if they have aspirations of catching Apple or Samsung at the top,” said IDC analyst Anthony Scarsella.