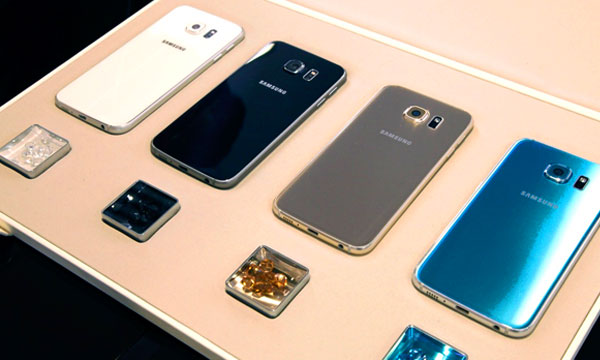 As already seen with the Sony Xperia Z5, Samsung’s next flagship phone could have a 4K display plus a whole range of new components, according to leaks posted on China’s Weibo social network which have been picked up by the international specialist press.

Just like the Samsung Galaxy S6, which is available in the classic version plus the Edge (curved screen) and Active (unbreakable) variants, the South Korean tech giant’s future benchmark model is expected to be launched in several forms with varying degrees of sophistication. The most powerful of them, a “Premium Edition” initially reserved for the Asian market, could have a 4K display as well as a 14-core processor and a dual-sensor camera module developed by Sony.

In addition to official content, users will be able to impress their friends with their own creations in ultra-high definition. Note that Samsung is already said to be working on an 11K screen, meaning an exceptional resolution of 2250ppi, bearing in mind that the current high-end phones rarely get above 500ppi.

As for the classic version of the future Galaxy S7, which will be available worldwide, it is expected to include a QHD display, an Exynos octo-core processor and its principal camera could also have two sensors.

The Galaxy S7 could be unveiled in February 2016 at the Mobile World Congress in Barcelona, Spain, as was the case for its predecessor in 2015. The Galaxy S6 seems reasonably strong with its metal body, but it has neither a removable battery nor the option of adding a microSD card. The S6 Edge is characterized by its curved screen on both its right and left edge, a first on the smartphone market.