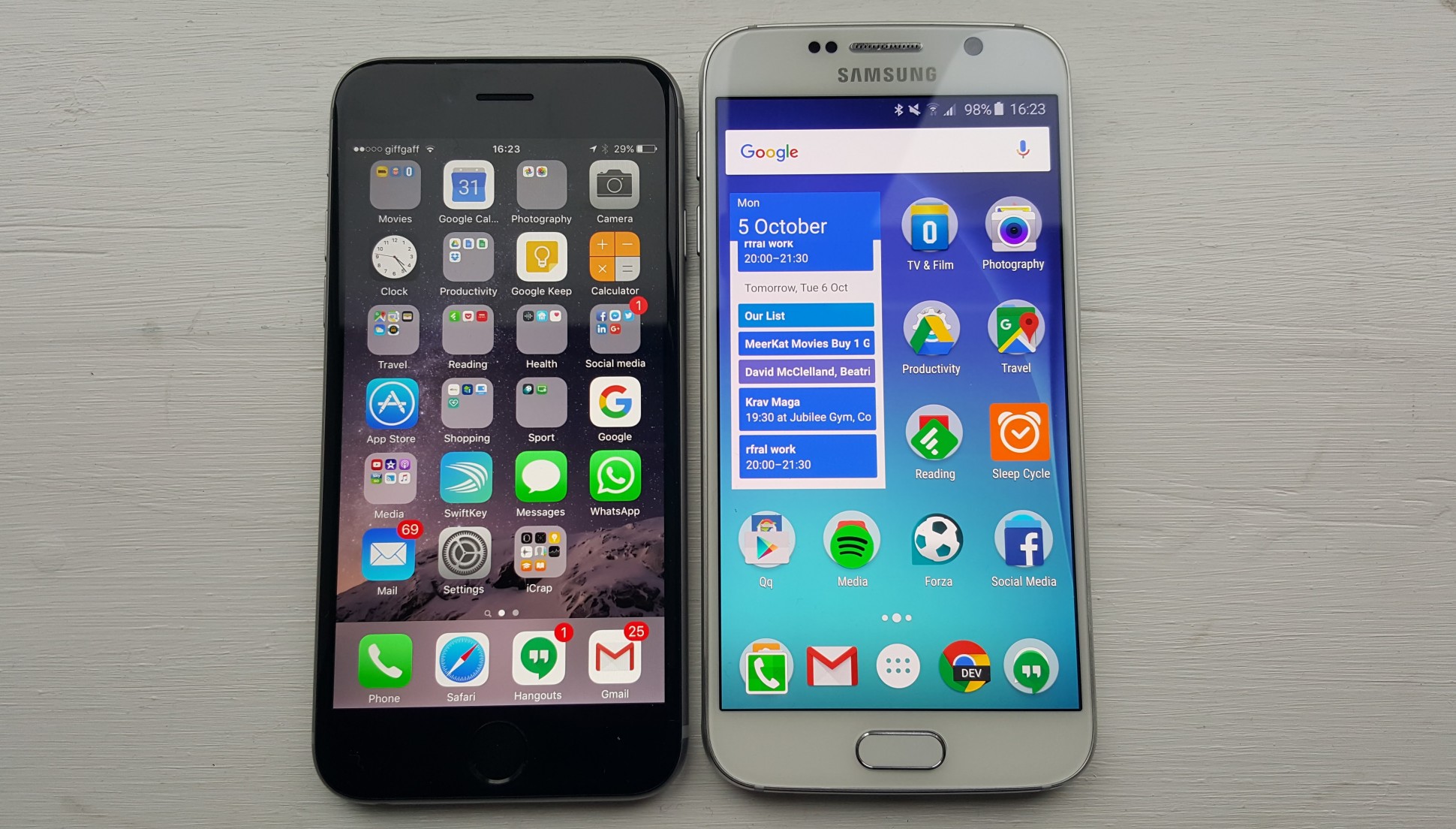 Apple and Samsung are undoubtedly the two biggest contenders in the smartphone industries.

Both the companies stand at the top two with one pinning down the other every now and then. The flagship releases from both have astounding. Two of such flagships to make appearances recently have been Galaxy S6 by Samsung and iPhone 6S by Apple.

Both the phones have been remarkable with their unique experiences. With its QHD screen, premium design and numerous features Samsung Galaxy S6 became the most popular phone of the year. But to give it a hard time Apple iPhone 6S put the kibosh on. Both the phones are in the market now and are striving to get a major share of the market.

Well, if you don’t know which one you should buy, we have a brief comparison that will help you decide.

Taller, wider and a little slimmer on dimensions, Samsung Galaxy S6 is the best-looking Galaxy phone. iPhone 6S however, has not changed much from its predecessor, but it smart nonetheless. iPhone 6S is also 4% thicker than Galaxy S6. However, both these phones are relatively very thin.

iPhone 6S hasn’t upgraded on its display and features an IPS LCD Retina HD display. Galaxy S6 on the contrary, pushed Super AMOLED display to its advantage. Comparing the pixels per inch (PPi), Galaxy S6 with 577 ppi has out beaten iPhone 6S with 326 ppi. But Apple’s new innovative 3D display feature which it has introduced in its iPhone 6S gives it an edge.

Both the phones feature upgraded operating systems with iPhone 6S to operate on iOS9 and Galaxy S6 on Android Lollipop.

Galaxy S6 features Samsung’s Exynos 7420 chip whereas iPhone 6S features A9. And to our surprise iPhone’s A9 chip is also manufactured by Samsung. An octa-core Exynos 7420 with 3GB RAM and A9 processors have similar multi-core performance. But with 2 GB RAM iPhone 6S has 90% processing speed with the comparison to Galaxy S6 which has a 3GB RAM.

Battery lives of both Galaxy S6 and iPhone 6S are poorer than their antecedents and won’t last more than a day without recharging. However, reports suggest a 16% dropout in battery in Galaxy S6 after running a 90-minute video with full brightness and wi-fi syncing in the background. The same test for an iPhone 6S resulted in 100-70% battery drain out.