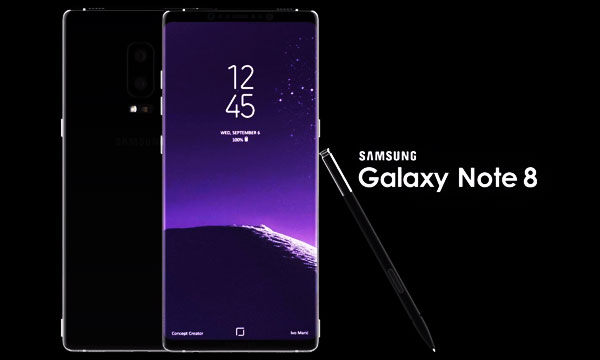 Looks like Samsung has a surprise in store for all Note fans! According to the latest leak, the Galaxy Note 8 will be equipped with a display which will be larger than the Galaxy S8+!

This leak surfaced through a video shared by Slashleaks on YouTube, a display panel hints the possible size of Note 8. We are expecting the Note 8 to be revealed by the Korean tech-giant in September. TechRadar has reported that there is a good chance that the Galaxy Note 8 would be fitted with might be its biggest mobile phone display to date!

Galaxy S8+, the larger one of the two flagships that have already been released this year, is already equipped with a sizable 6.2-inch panel, on the other hand, Note 8 series is traditionally a large device, there is a good chance that the upcoming flagship phablet would also carry a 6.2-inch display, or even a larger one measuring 6.4-inches.

Some have even shared concept images for the Note 8.

#Samsung #Galaxy #Note8 After many requests I did a Coral Blue render! pic.twitter.com/lOjuBWVFLB

What features do you want to see in the awaited Samsung Galaxy Note 8?

Stay tuned to Brandsyanrio for more new and updates.