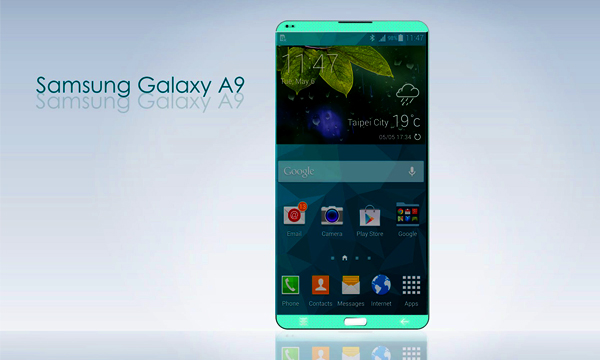 Samsung enthusiasts are in for a treat with the Samsung A9 running on one of a kind chipset! – The one and only Snapdragon 652. It also has an allotted memory of 3GB RAM and contain the Adreno 510 GPU. With the smartphone powered by an Octacore processor, 4 x Cortex-A53 along with 1.2GHz and 4 x Cortex-A72 along with 1.8GHz.

The Galaxy A9 not only has internal memory of 32 GB but also supports the external memory of 128 GB. The battery capacity is even more than that of the Note 5 and S6, it is a humongous 4,000mAh. The resolution of the display screen is great at 1080p with six inches of super AMOLED display screen.

The best part for Samsung fans is the primary camera with 13 mexapixels and  f/1.9 aperture which will assist the user in capturing photographs with low light as well. Also for selfie lovers, the secondary camera is

Also for selfie lovers, the secondary camera is upto 8 megapixels which is still pretty good as opposed to other smartphone’s front camera’s picture quality. T

he asking price of the handset in the global market is approximately $500, which can be roughly translated into an amount more than PKR 50,000.