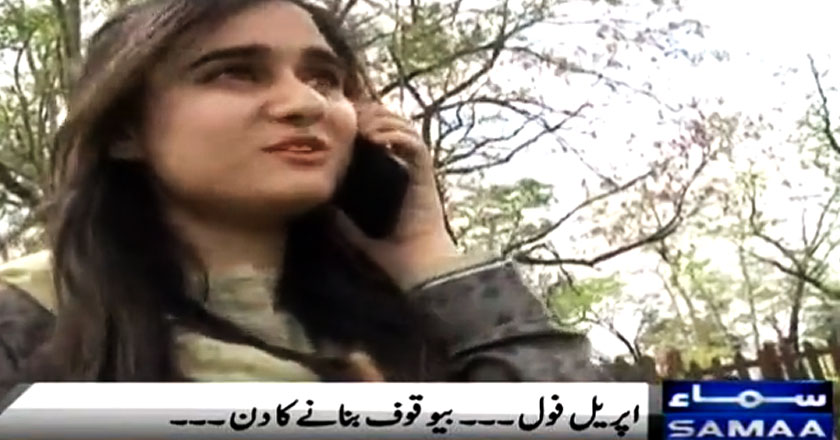 Amidst the frenzy for April fool’s Day, a lot of news reporting organizations are circulating false news titles and by the end of the news piece, readers and viewers discover that they have been fooled as per the traditions of this day.

This news video created and broadcasted by Samaa News is taking the April Fool hoax which is full of staged pranks. Needless to say, the frenzy for the day has been taken to new ludicrous heights by the channel’s reporting staff. Also the reference to Ibne-Batuta is forced and does not incite any laughs or giggles.

These skits includes a lady winning a bumper cash prize and making plans and a boy getting his Visa finally. Later on all these people discover that they have been fooled.

Take a look at the video:

In general, April Fool’s day is frowned upon and regarded with skepticism by most of us Pakistanis. Unlike other Western traditions like New Year’s Eve or Valentine’s Day, this particular occasion has not been so successful in transitioning into the Pakistani or desi culture.

Having said that, it is not certain as to what kind of reporting techniques include skits instead of real-life examples of what people are doing on any special occasion or day. The skits are not reflective of reality and very few people in our country actually try to prank their friends on today’s occasion.

By the end of the video, the reporter states that taking pranks or jokes too far can prove to be dangerous as well. Well.. what about ridiculous reporting techniques?