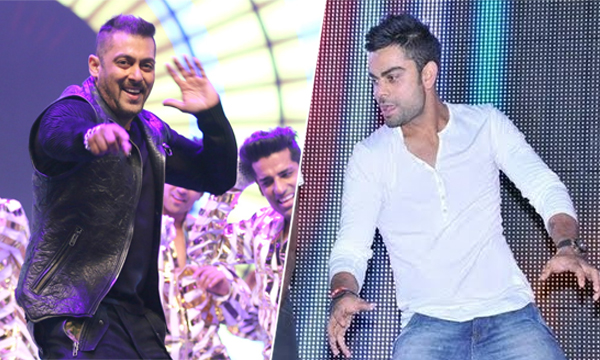 The crazy, Salman Khan and the great, Virat Kohli are about to unite for an international musical video. The dynamic pair will be seen in the video of Belgian Electric DJ duo, Dimitri Vegas and Like Mike.

Seemingly, Salman Khan and Virat Kohli are die-hard fans of the DJ duo. According to reports, both the stars will join them in India for the 10th international EDM festival, Sunburn.

It's time of the year to vote for our favourite DJ's Dimitri Vegas & Like Mike as the #1 Dj in the world! Vote here: https://t.co/GRaFn7597n

Vote my favourite djs Dimitri Vegas & Like Mike (as 1 artist/group) once again as ur #1 Dj in the world! Vote here: https://t.co/NiWdhecwlw

“The two will be in Hyderabad on October 8, and will arrive in Mumbai the following day. Salman and Virat, who are avid fans of the DJ duo and have shown support to them on Twitter for the top 100 DJs poll, have planned a private party with them. They will try their hand at DJing too,” says a report on Indian website, Mid-day.

Conforming the classy collaboration, the DJ duo said, “We are grateful that two of the biggest celebrities from India, Salman and Virat, have shown support for our music.

Thanks for the support brooo! See you soon!! ❤️ https://t.co/yaWfHrTRbZ

Sultan Salman Khan + Skipper Virat Kohli = Awesomeness! Their collaboration is bound to be an interesting watch and all we can expect is greatness from the video of Belgian EDM.