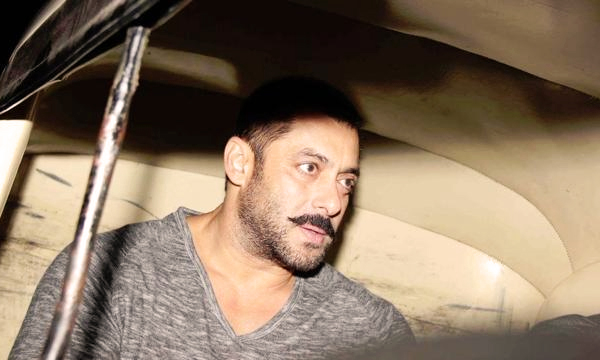 It is known by all that the Bollywood mega-star, Salman Khan is a family man, but he recently revealed his ‘common side’ to the rest of the world when he took a rickshaw ride home after his brother’s birthday bash.

Salman Khan attended a quiet dinner with family at his younger brother Sohail Khan’s 46th birthday party in Mumbai, Sunday night and after all the celebrations, the superstar decided to take a rickshaw ride home; along with him was the actor Nikhil Dwivedi.

The Bollywood superstar will turn 50 on December 27th. The birthday dinner was attended by father Salim Khan, step-mom Helen and sister Arpita at a restaurant.

Salman Khan saw a successful end to the current year as both his Bollywood flicks, Prem Ratan Dhan Payo and Bajrangi Bhaijaan scored well on the box office; he was also acquitted by the court in a hit- and-run case of 2002.

The star’s upcoming movie Sultan will also be hitting the theatres next year on Eid.

Salman Khan ‘Not to be Convicted’ in Hit-and-Run Case: Bombay High Court

Maheen Ghani Calls Out Fahad Mustafa & Things Are Getting Messy