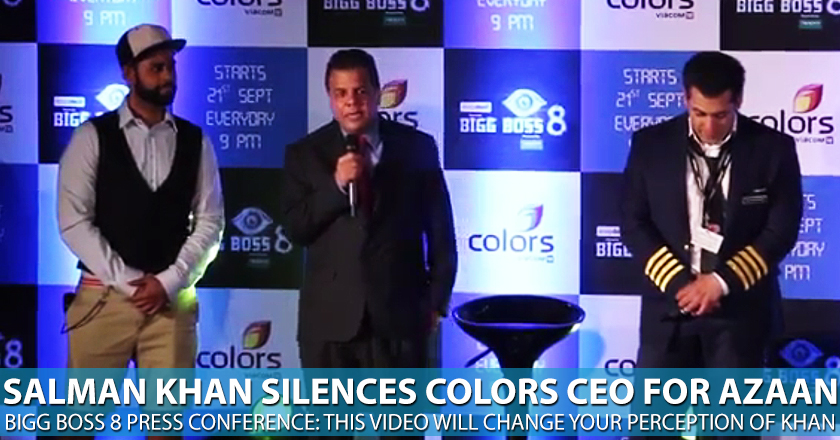 Watch the Video that will change the way you look at Salman Khan forever!

Bigg Boss 8 Press Conference included something so unexpected!! Salman Khan suddenly earned the respect of millions around the world as he stopped the CEO of Colors, Raj Nayak, in respect of the Azaan.

Renowned for his charitable organization, ‘Being Human’ Salman Khan has been the talk of the town for more many reasons -some good, but mostly bad. Whether it’s his “road accident” controversy or more recently his bodyguards beating up a few media photographers, Salman Khan has been in the news.