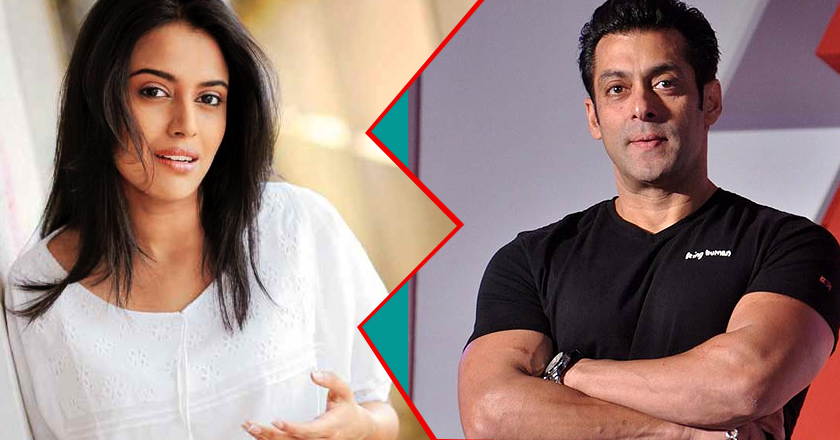 We have seen Bhai throw some solid punches around from time to time, but this time it’s the man himself getting punched!

According to an Indian website, Salman Khan is all set to get punched by a fellow actress, Swara Bhaskar, on the sets of their upcoming movie, Prem Ratan Dhan Paayo. The actress, known for her work in Tanu weds Manu and Ranjhaana, is playing the role of a princess and Salman Khan’s sister in the movie.

As with all siblings in real life, the movie shows some friendly rivalry amongst them, requiring Swara Bhaskar to land a punch on Mr. Khan.

While the relatively new actress is excited about working with Salman Khan in the family drama, she is particularly nervous about the punching scene,

“Like any brother-sister duo there’s a lot of sibling rivalry between us in reel life which at one point results in me getting physical. I’m really nervous about the scene. Once this gets out, his fans will probably land up on the sets to beat me.”

The movie depicts the story of a family, focusing on siblings and their relationships. It stars Sonam Kapoor opposite Salman Khan as the leading lady, Neil Nitin Mukesh, Anupam Kher and Deepak Dobriyal.

The movie will be a classic Sooraj Barjatya film, with Salman Khan assuming the role of Prem once again and the movie being centered on family values.

While Salman Khan’s previous roles in Barjatya movies have been all mellow and kind, this time round not only is he playing a double role but he has adopted a brute Hulk-like look for his character.

All the more reason to wish good luck to Swara Bhaskar for trying to punch Bhai!

The movie is slated to release in Diwali 2015.