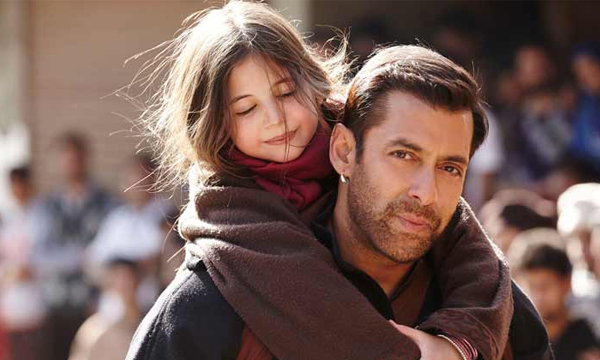 We all adored the duo of Salman Khan as Bajrangi and Harshaali Malhotra as Munni in Kabir Khan’s Bajrangi Bhaijaan. The lovable pair will be seen once again together, this time in a T.V commercial.

When it comes to Salman Khan, the first image that pops into the head is that of him either running after bad guys or running away from them.

His blockbuster movie, Bajrangi Bhaijaan where he embarks on a mission to get a little girl Munni, played by Harshaali Malhotra, back to her hometown showed a different side of the actor. The movie not only got critical acclaim for its story but for its cast as well. One person in particular who stood out and has been called the star of the movie is none other than the child artist, Harashaali Malhotra who plays the part of the little mute girl, lost in India.

So much was the hype about the baby actress and Dabangg Khan, that both reaped great attention and praise for their roles. Now they are all set to appear once again on our television screens, however, this time in a television commercial.

Harashaali Malhotra recently shared a picture of herself and Salman Khan on her Facebook account, mentioning that they’re working together. According to reports, it is for a T.V commercial.

Can’t wait to see them together!