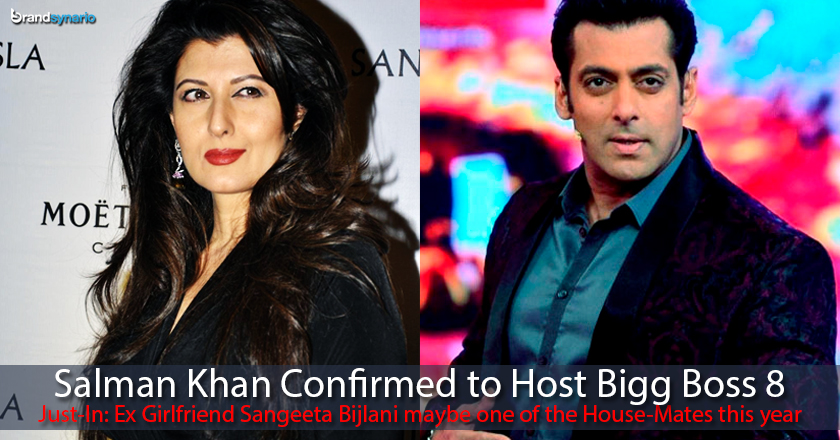 It is confirmed, Salman ‘Dabangg’ Khan – will host ‘Bigg Boss’ Season 8. ‘Colors’ confirmed the news not long ago, killing any rumors that said otherwise. Also, Sangeeta Bijlani, one of the many love affairs of the Notorious Khan, has been approached by the show to participate.

Rumor has it that Sangeeta is in talks with the channel as to how things would go about considering the history between Salman and herself.

You may Also Like: Bigg Boss: The show that makes surveillance OK.

Bigg Boss 8 will be aired on Colors in October this year, rather than the expected month of September. Also, Actress Karishma Tanna has been one of the confirmed celebrities to take place in the Big Season 8 this year.

Salman has been the star of the Bigg Boss Franchise after Sanjay Dutt & Arshad Warsi. Bigg Boss 7 was also deemed the most expensive Indian reality show.