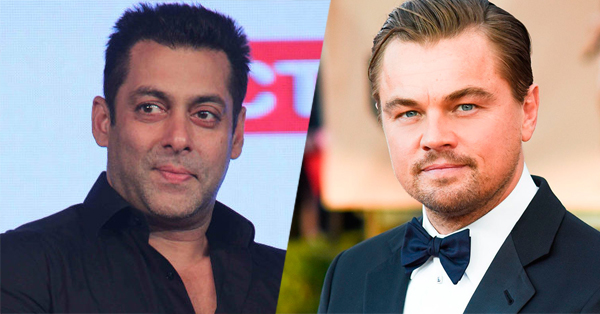 On number 14 is Salman Khan with $28.5 million worth of income. Amitabh Bachchan is at number 18 with $20 million.

The shocking part is that even after a low business done by Fan and Dilwale at the box-office, SRK remains the king of B-town. Even more shocking is that Leonardo DiCaprio followed Salman Khan on number 15 with $ 27 million worth of earnings. Things have been going pretty well for the Dabangg star. Salman Khan have minted massive money with the popularity of his back -to- back movies like Prem Ratan Dhan Payo, Sultan and Bajrangi Bhaijaan.

One might wonder what is up with these Bollywood stars taking down all these Hollywood celebrities when it comes to paychecks!

Check out the full list of 20 highest paid actors in the world!