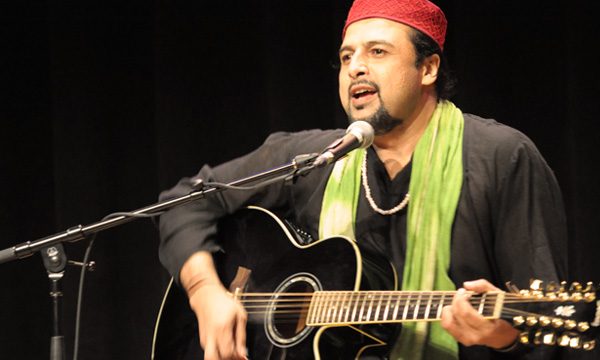 Popular Pakistani singer, Salman Ahmad has decided to cancel his concert in Goa, India. The concert was a cultural event being held in Goa as a protest against martyrdom, bloodshed & martyrdom at the LOC.

12 Pakistanis were martyred at the LOC in an Indian firing, reported Samaa TV. “I’m canceling my forthcoming participation in a cultural event in Goa to protest the violence & blood letting on LOC. a Broken #HeartofAsia,” tweeted Salman Ahmed.

I'm canceling my forthcoming participation in a cultural event in Goa to protest the violence & blood letting on LOC. a Broken #HeartofAsia.

Salman decided to cancel just a day after Indians shelled and fired at LOC, killing innocent civilians and Pakistan Army soldiers. The firing was held at the Neelum valley in a ceasefire violation at the LOC.

Former Junoon singer is a true patriot! Been excessively active in promoting peace between both India and Pakistan, the singer spreads harmony between both the countries through his singing.

The singer is the UN Goodwill Ambassador for HIV & Aids. He has also been a part of two documentaries with BBC.

What do you think of his decision? Let us know in the comments section below & stay tuned to Brandsynario for more news & updates.