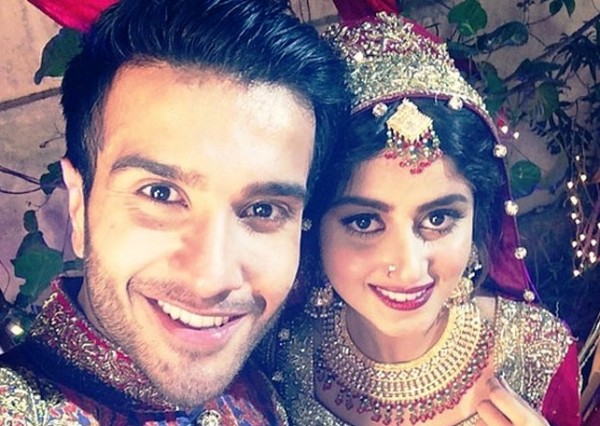 Previously, they wooed the audience with their crackling chemistry in ARY’s Chup Raho and now the dazzling duo of Sajal Ali and Feroz Khan will be seen together on silver screen in an upcoming movie!

The title of the movie is still a mystery. However, the rumor mill reveals that the movie will be shot not only in Pakistan but in Sydney as well.

The plot has been themed around serious social issues while Sajal and Feroz will be romancing each other in the flick. Both the actors are tight-lipped about their roles and are not spilling the beans about their debut movie.

However, gossip is that Anjum Shehzad of the 1996 Armaan fame will be directing the movie.

Stay tuned to Brandsyanrio for more updates on Ali and Khan’s new film!