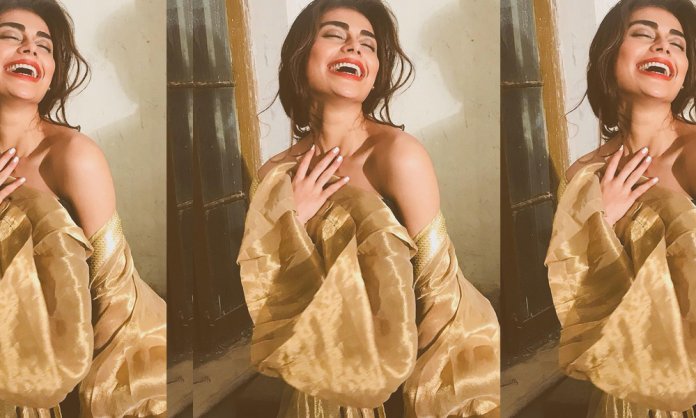 It seems like Sadaf Kanwal is internet’s favorite when it comes to pointing fingers at her! Ironically, whatever she does, people make sure to bash her in their own ridiculous ways.

Recently she was targeted on social media when her controversial video with Fouzia Aman went viral on the internet. She could be seen kissing the model during her birthday celebrations and people didn’t take it well.

Previously, she was bashed for her bold photo shoot with the famous fashion photographer Rizwan ul Haq.

Her photos were circulating all over the social media and people thought that it was their right to throw hate comments at her! We all know how the moral brigade reacts when they feel the urge to attack!

This time, she’s again targeted for her photo shoot with the same photographer, Rizwan ul Haq!

Shot by Rizwan, the style and makeup of Sadaf is done at Nabila’s Salon for this photo shoot. The rest of the photos of Rizwan’s photo shoot have not made it to the social media yet.

People are not responding well to the picture! Here are some of the reactions.

This girl made sure no one defends Sadaf or her picture

This one brought Hajj and Umrah in this debate

And then there’s this girl who knows how girls dress up in Europe!

This will remind you of the “Shame. Shame. Shame” moment from Game of Thrones

Don’t even know what this person is trying to say over here!

And this one just typically blamed the parents

These are just one of the few comments that were thrown at her picture by various social media users.

We think it is high time that people should understand that there’s never a good reason to attack or bash someone publicly on social media.

Sadaf Kanwal, who is used to all the criticism, has an epic reply for all the keyboard warriors!