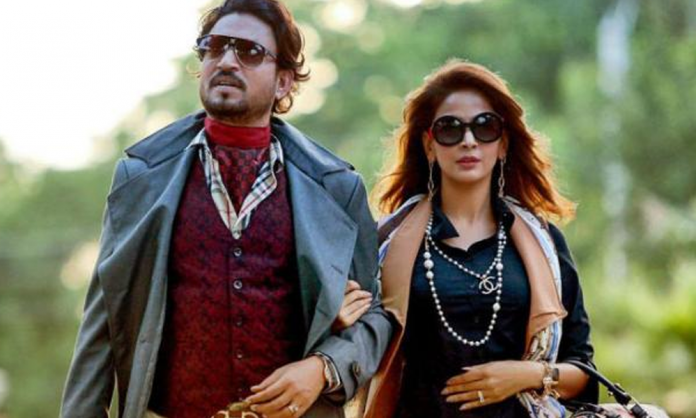 Pakistani star Saba Qamar is riding high these days; her Bollywood debut Hindi Medium for which she earned praises for her brilliant performance.

The starlet’s movie with Irrfan Khan is breaking and making records in China!

It is continuing to make a front-page splash after its screening in Chinese cinemas, crossing $3.38 million dollars on the first day of screening!

The movie, therefore, emerged as the second biggest Bollywood opener in China after Aamir Khan’s Secret Superstar which earned a total of $9.70 million to date.

#Dangal… #SecretSuperstar… #BajrangiBhaijaan… Now #HindiMedium starts with a BIG BANG in China… Collects a WHOPPING $ 3.39 million [₹ 22.06 cr] on Day 1 [Wed]… Slowly and gradually, Indian films are getting a firm foothold in China.

He further wrote, “The MASSIVE START of #HindiMedium in China should encourage the makers of content-driven Indian films, which *don’t* ride on star power, to release their films in China… You never know what luck has in store for you!”.

The MASSIVE START of #HindiMedium in China should encourage the makers of content-driven Indian films, which *don’t* ride on star power, to release their films in China… You never know what luck has in store for you!

Irrfan Khan’s superlative comedic act of a father in the movie who is torn in the pursuit to give his daughter a good education and thus showing a pivotal message of the Hindi-English language war in India was tremendously loved in India and Pakistan.

Hindi Medium won the Filmfare Best Film award earlier this year while Saba Qamar was nominated for Best Actress for her role; losing to Vidya Balan for Tumhari Sulu.

Thankyou Masala for honouring me with this award. You made my day. I would like to thank all my fans from around the globe for all the love and appreciation they have given me. Thank you! ❤️ Thank you @shehlachatoorprivate for the lovely outfit 😍 #sabaqamar #masalaawards2017 @masalauae #bestactress #hindimedium #baaghi #dubai

The movie was written by Zeenat Lakhani and directed by Saket Chaudhary. The cast of the film apart from Irrfan Khan and Saba Qamar, includes Deepak Dobriyal and Dishita Sehgal in supporting roles.

What do you think about the story? Let us know in the comment below.