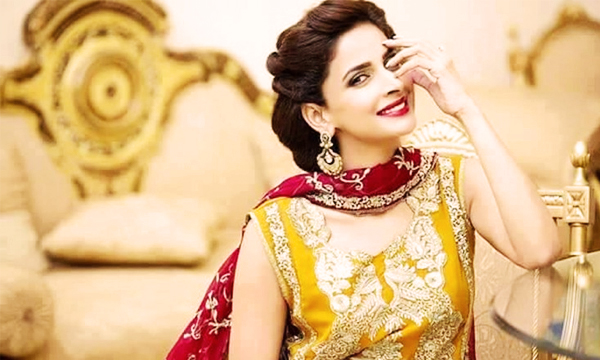 Pakistani actress, Saba Qamar,is another target of the growing concerns between India and Pakistan. The actress is currently in works with Bollywood’s superstar actor, Irfan Khan. Both the actors are working on a project called Hindi Medium, however, when Khan passed a friendly joke about the banning of Indian films in Pakistan and vice-versa, he accidently got the Lahore se Agay star in hot waters.

During an interview when asked about his take on the situation, Irrfan Khan joked that Saba Qamar secretly married an Indian, technically making her an Indian resident. Unfortunately for her, the news was not completely digested by extremists. Thus the actress started to receive death threats after this news made headlines in Pakistan.

According to Pinkvilla, a source told the website, “Irrfan joked about the situation so that he doesn’t get misquoted. But he didn’t know that his remark will land Saba in trouble. She has been receiving death threats now and people are actually believing that Saba has married an Indian.”

Could the actress be dating an Indian?