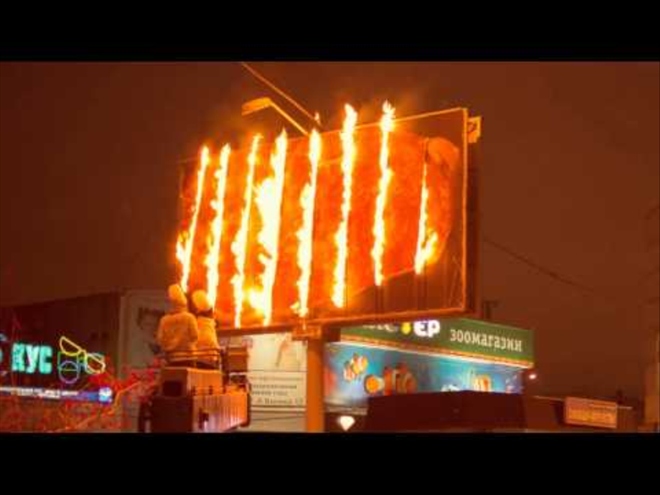 The Double Grill and Bar Steakhouse in Russia have come up with an extraordinary, mind blowing creative idea of showing off their char-grilling process on a billboard setting the entire billboard on fire.The billboard, advertising char-grilled steaks, was set on fire just to create authentic burn marks and left a realistic look on the billboard. Initially,a raw steak was erected on a billboard alongside a road. Overnight, the billboard was set aflame, and the steak was grilled.Though the board was only alight for a matter of seconds before the fire was extinguished, the aftermath left realistic-looking char marks along the meat giving the illusion that it had been grilled.