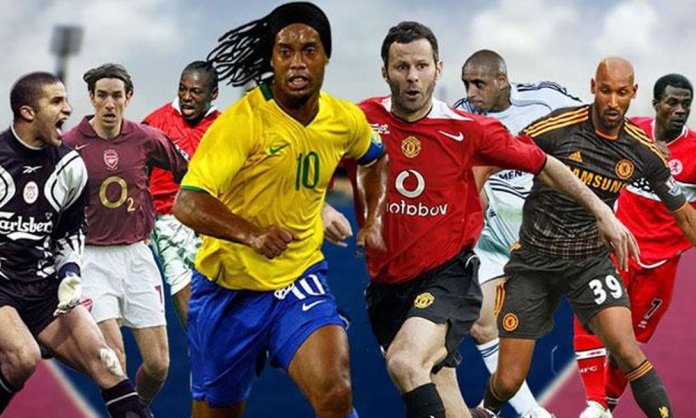 Did you miss out on the match of the century? No worries! Brandsynario is here to tell you what went down at one of the greatest and biggest Futsal matches int he history of sports in Pakistan! “I hear there is a lot of talent in Pakistan, We hope this is a start and provides a passageway for these young players to go on to bigger and better things.” -sIR rYAN gIGGS

I know there is a lot of passion for cricket in Pakistan, but I’m sure there is also room for football,” -David James, Former Liverpool and England Goalkeeper

Ronaldinho 7 won both matches in Karachi and Lahore and took the ‘Nokia Ronaldinho & Friends’ trophy home!

The diehard crowd welcomed the foreign footballers on their arrival at the field by giving them rousing applause and cheered their display of memorable football skills and superb run-up and down the flank throughout the play.

The match was truly entertaining, and to add on to the excitement and fun, the renowned singer, Ali Azmat gave a powerful performance, which was strong enough to bring the house down!

There was also a display of light-show to get fans hyped about the tournament!

There was also a surprise visit by our very own Pakistani skipper, Sarfaraz Ahmed!

After being abandoned for almost 6-years, sports has returned to Pakistan in the most phenomenal of ways.

From Pakistan Super Leagues introducing foreign players to Ronaldinho and Friends, the country and its countrymen have made an official statement that we are going to continue this fight against terrorism and promote our talent.

According to a statement issued by Inter-Services Public Relations (ISPR), Gen Qamar thanked the footballers for visiting the country. He told them that Pakistan is a peace-loving and sports-loving country.

“Sports promote peace, and your visit is most welcomed by all Pakistanis, especially young footballers,” -Pakistan army chief

Which sport do you want to witness next in Pakistan?