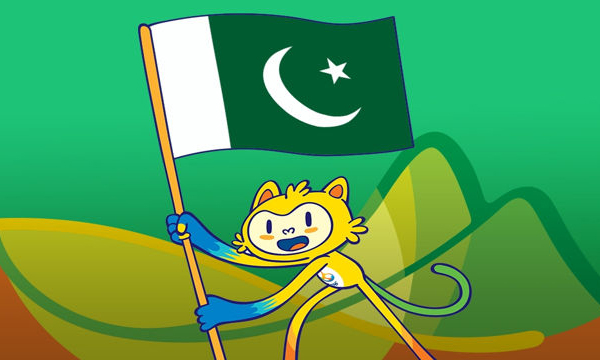 Update: Unfortunately for Pakistan, all 7 Olympians who were taking part in Rio Olympic Games 2016 have returned home without a single medal. However, there are other talented athletes and teams you can still cheer on during the remainder of the games. Pakistan’s Rio Olympics 2016 squad of 7 may have been the smallest batch from the nation to ever participate in the Olympic Games, however, we are still proud of our young athletes who have availed the opportunity to represent the nation.

Pakistan’s national hockey team did not even qualify to make it this far, yet the young competitors made a name in history. One of them is Minhal Sohail, despite being a wild card entry, she is the first Pakistani women to represent the nation for the Women’s 10m air rifle at the Olympic Games. Even though she did not qualify, she ranked #28 out of 51, setting a record for the nation at Rio Olympics 2016.

Same goes for 17-year-old Haris Bandey, he secured rank #50 in the Men’s 400m freestyle heats competition, with a time of 4:33.13, coming in last, but he represented Pakistan, an opportunity many only can dream of.

Although the journey ended with 2 out of  7 athletes, there are still 5 opportunities for the nation to win. Having high hopes with the remaining squad, here are the events we are looking forward to.