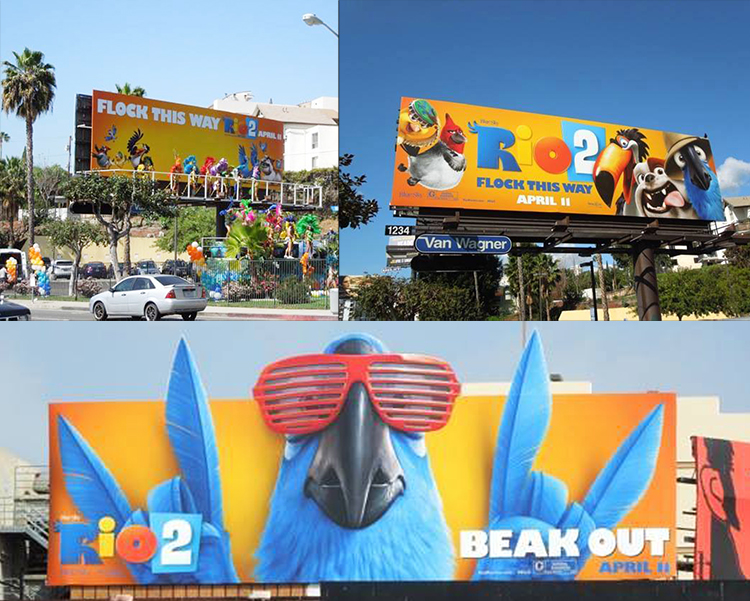 Rio 2 movie is about to release this April 11th. A very eye catchy out of home campaign has been launched in L.A. To celebrate the return of ‘Blu’ the macaw and his friends to the big screen this April, it seems Blue Sky Studios and 20th Century Fox are going all out to grab the attention and encourage passersby to flock this way to the cinemas when the movie is released. There are also other eye catching ads, including some cool special extension billboards, popping up around Los Angeles to herald the sequel.