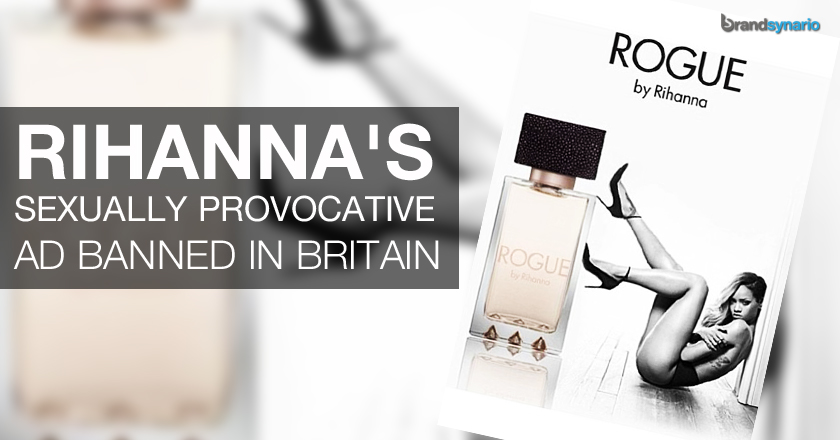 Rihanna, who is much known for her controversial skin exposure and countless music hits has just made it to the top of controversy charts with her brand new ad campaign, for the perfume brand “Rogue”.

The sexually provocative ad featuring female singer Rihanna has been displayed on various public places like lift doors and wall spaces in various places around Britain.

According to the advertising industry standards, the ad is now to suffer placement restrictions in Britain banning it in a number of areas where it can be exposed to children.

While Parlux Fragrances – the company behind the brand ‘Rogue’ – maintains that the ad is not intended to sexually hurt anyone, but is instead intended to encompass the feeling of ‘having courage to challenge boundaries’ as depicted by the brand name “Rogue”.

The Advertising Standards Authority stated that the ad is, “unlikely to be demeaning to women or to cause serious or widespread offence”

“While we did not consider the image to be overtly sexual, we considered that Rihanna’s pose, with her legs raised in the air, was provocative. Because of this, and the fact that Rihanna appeared to be naked except for high heels, we concluded that the ad was sexually suggestive and should have been given a placement restriction to reduce the possibility of it being seen by children.”

This is not the first time Rihanna is found exploiting the media with her sexuality, but the previous campaigns of Rebelle and Nude in 2012 also showed the Barbados-born singer in sexually exhibitory poses.