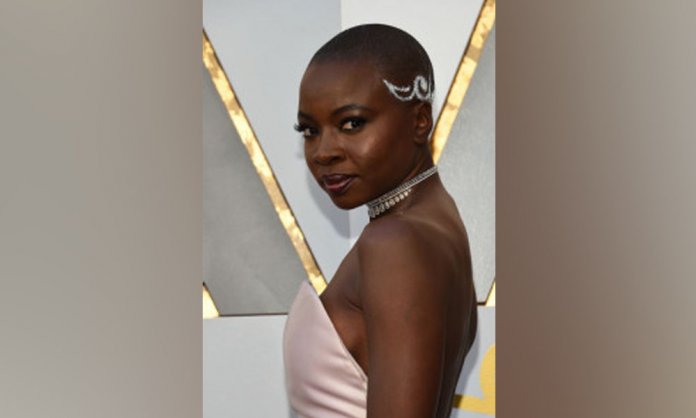 Danai Gurira has landed a new role as the face of Reebok.

The “Black Panther” star was unveiled as the sportswear giant’s latest ambassador over the weekend, taking to Instagram to share the good news with her 2.4 million followers.

“For as long as I can remember, from when I jumped in the pool at 2 to gate crash my older sister’s swimming lesson, fitness has been a constant part of my life,” wrote Gurira, who will join the brand’s ongoing, global “Be More Human” campaign. In an official statement published by Fashionista, she added: “My goal is to work with Reebok to galvanize women in all communities to find strength within themselves so that we may continue to lead this cultural revolution. Each one of us should be hero to each other.”

Reebok also lavished praise on the US star, calling her “an actress, a writer, an advocate for women around the world, and so much more.”

Gurira is the latest of multiple star coups for Reebok, which also recruited “Wonder Woman” star Gal Gadot back in March. Its collective of famous ambassadors also includes supermodel Gigi Hadid, who was unveiled as a face of the label in 2016, and former Spice Girl and fashion designer Victoria Beckham, who is collaborating with the company on a collection said to be launching later this year.

The move comes at a busy time for Gurira, who is allegedly in talks with Warner Bros to appear in the upcoming movie “Godzilla vs Kong.”