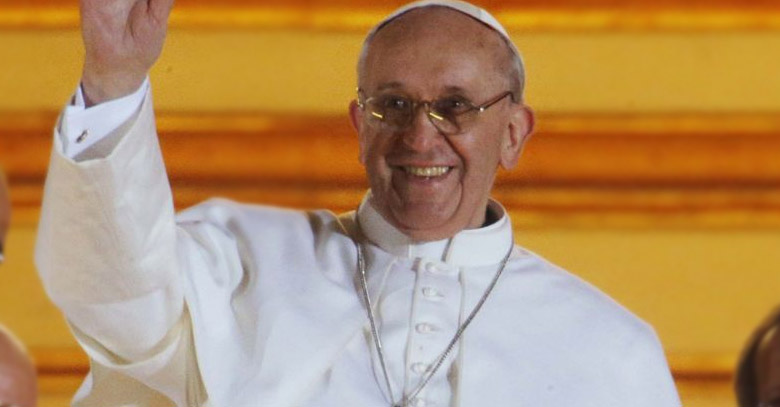 The Catholic Church has been surrounded by many controversies lately, inadequate measures to prevent child molestation cases, birth control and issues with the traditionalists. Just when it seemed the Church will lose whatever authority was left in it, along came along Pope Francis.

Pope Francis strengthened the church’s position by establishing strong relationships with Islam, taking strong steps disallowing ordination of men with “deep-seated homosexual tendencies” and leniency towards AIDS prevention. All of these and some other drastic measures have earned him the title of the ‘People’s Pope’ and more recently the Time’s New “Person of The Year”.

Francis was voted in Conclave in March this year when Pope Benedict’s resigned suddenly which left everyone shocked.

Pope Francis stood out from the preceding Pontiffs, right from the beginning. First, He chose not to move into ‘Apostolic Palace’ (the opulent apartment set aside for popes) instead He stayed in the Vatican’s guest house, becoming the first pope to do so since Pope Pius X (1903-1914). That was only the start.

After this, Francis took a far more cliché-breaking decision, on his first Holy Thursday as pope. Only two weeks after his papacy began, Francis washed and kissed the feet of 12 juvenile offenders, two females and two Muslims.

This set a series of controversies within the more conservative arm of the Church, making them uncomfortable with these unorthodox behaviors of the new Pope. They feared what later proved to come true, their new pope was in fact rebranding Catholicism with a different Bid Idea “Help one another. This is what Jesus taught us” teaches the People’s Pope, “Do not let yourselves be robbed of hope.”

Like a nightclub bouncer that he once was, Pope Francis has begun bouncing out old ideas. His latest surprise came when He made the long-secretive Vatican Bank surprisingly transparent.

Pope Francis is piling up the good deeds directing the major part of his focus on the sick and poor and the fundamental deprivation of the world. Famously when Pope Francis was asked about his views on homosexuality (a long controversy associated with churches), he quoted words which later became famous, “Who am I to judge?”

The conservative elements of Catholicism have become increasingly concerned by Francis’ acts; He is even rumored sneaking out at night as a regular old priest to administer to the sick and homeless in the streets.