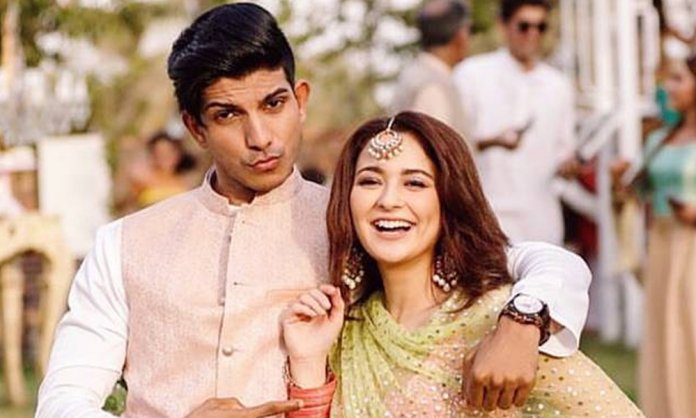 The promotions of the upcoming Pakistani movie, Na Maloom Afraad 2 are in full swing! The film’s team is touring all over Pakistan to spread the hype around, creating the right buzz and hoopla about the movie.

Its prequel exploded at the box-office and minted massive moolah. And now, it is predicted that the sequel will be yet another blockbuster.

However, a rumor was making rounds on social media that the leading stars, Hania and Mohsin had a brutal argument during the promotions!

The grapevine revealed that the bubbly star was adamant that NMA 2 will be a hit all because of her!

Whereas Haider hit back by boasting about his six packs arguing that they will drive the audience to cinemas!

After reading this gossip, we were like WHAAAAATT? It was really hard to believe that the duo would have clashed on such a meaningless matter.

So finally, Hania and Mohsin have broken their silence to slam down all the rubbish rumors going on!

What an awesome way to shut down haters!

With utter class, the pair made it clear that there was no reality to the tittle tattle!

But all this has got us thinking whether we’ll be watching the movie to see Mohsin’s six packs or Hania’s dimple.