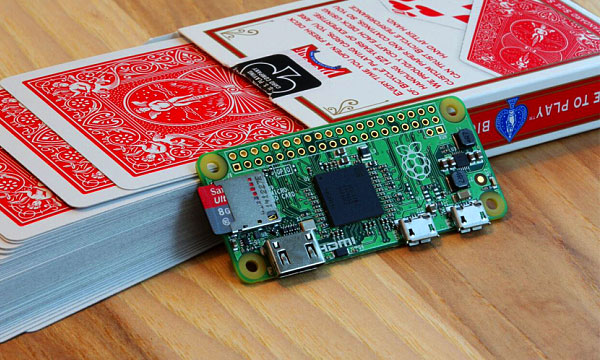 If you want to own a powerful, stylish computer at an affordable price, then Raspberry Pi Zero is the best choice as it costs as low as $5 with its performance still being up to the mark.

Made on the ARM11 architecture and powered by 1GHz single core processor and 512MB of LPDDR2 S\752DRAM, Raspberry Pi Zero is 40 % better on performance indicators than company’s previous Raspberry Pi Model B and its successors that were higher in price tags.

Due to its tiny size, this computing machine can fit into the smallest casings without any difficulty and probably it is the best invention for programmers from a tech company.

Smaller than the poker card, hundreds of thousands Raspberry Pi Zero units have been made and the number will increase as per demand.