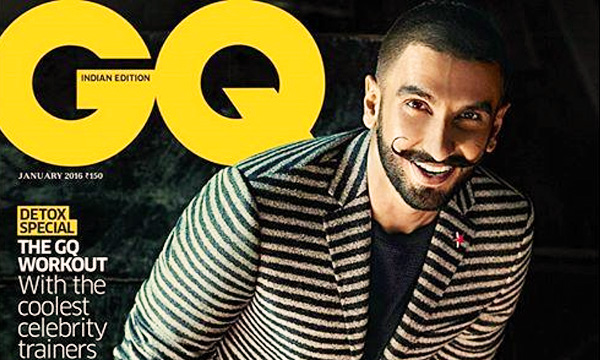 The Bollywood’s man-of-the-moment- Ranveer Singh has featured on the  cover of GQ India’s January 2016 Issue! The issue has covered the rise of the Bollywood star over the past years and his recent success Bajirao Mastani fame.

Donning a striped black and grey suit and his signature mooch, the actor has owned the GQ cover like a boss.  View the GQ Magazine cover below; 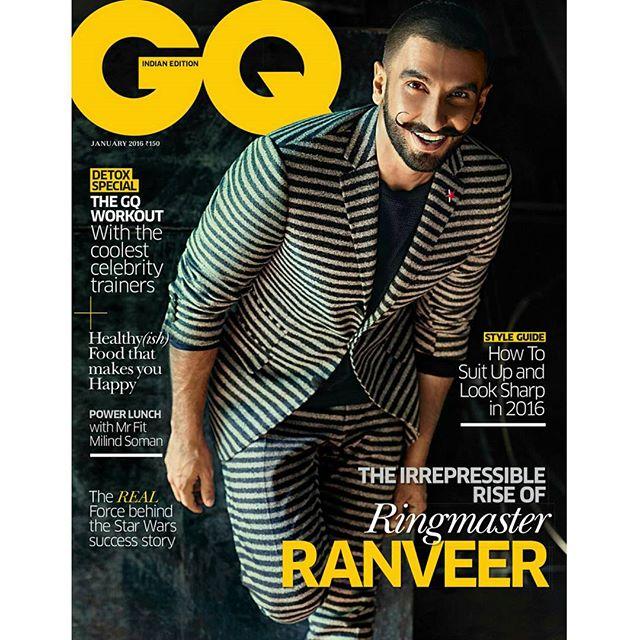 Captioned as ‘The Irrepressible Rise of Ringmaster,’ Ranveer looks all suave and strikingly handsome on the magazine’s cover. The past year has been significantly special for the fun actor.

With Bajirao Mastani being a hit at the box office, Ranveer’s inspirational performance was totally applauded and admired by the audiences. Ranveer Singh is one of the top competitors for the 2015’s Best Actor award and since he is on a roll, it won’t be a surprise if he bags the trophy too; fingers crossed!