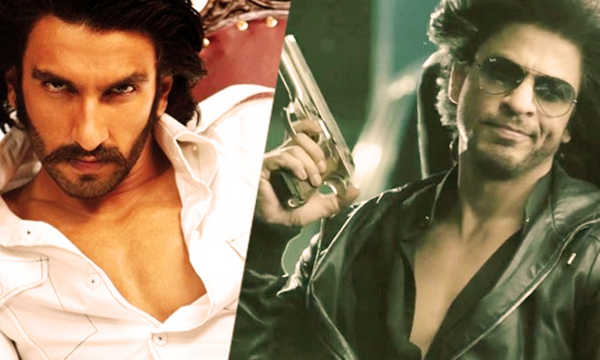 Earlier, rumors were in the air that Salman Khan will be soon seen in the fourth installment of Bollywood’s biggest franchise, Dhoom 4.The latest buzz reveals that India’s King Khan, Shah Rukh Khan will be bagging the role of the villain instead of the Dabangg hero.

Reports reveal that Salman Khan does not want to star in a negative role and thus, turned down the offer. However, the grapevine says that Ranveer Singh will be replacing Abhishek Bachchan as the cop.

“Shah Rukh has been approached by Chopra for D4. Talks about dates and remuneration are on. Salman was approached before SRK, but he’s very clear right now about not playing a negative character. Shah Rukh has done it in quite a few films before, so he has no reservations. Also, it’s not a baddie in the true sense of the word. Dhoom baddies are cool and stylish. It’s more in the Don space, which works for SRK”, a source close to the development revealed to Indian media. Previously, we have seen SRK in the role of a baddie in Don and Baazigar. Seems like Khan will do justice to the role of an antagonist in Dhoom 4.

Just like its power-packed name, the upcoming Dhoom installment will be loaded with some strikingly hot superstars. Salman Khan who is widely believed to appear in a negative role in Dhoom Reloaded might star against Ranveer Singh in the lead role. The latest buzz around the rumor mill is that the Ram-Leela actor has been finalized to play the lead, according to a DNA report.

If the news proved to be true, Dhoom franchise’s consecutive faces Abhishek Bachchan and Uday Chopra will be replaced. The Indian action thriller film is known for its wonderful record of villains, which have been played by John Abraham in Dhoom, Hrithik Roshan in Dhoom 2 and Aamir Khan in Dhoom 3.

Some sizzling Bollywood divas have also made an appearance in the series including Esha Deol, Rimi Sen, Bipasha Basu, Aishwarya Rai Bachchan and Katrina Kaif.

Dhoom Reloaded will be directed by Vijay Krishna Acharya and its shooting is likely to begin next year.