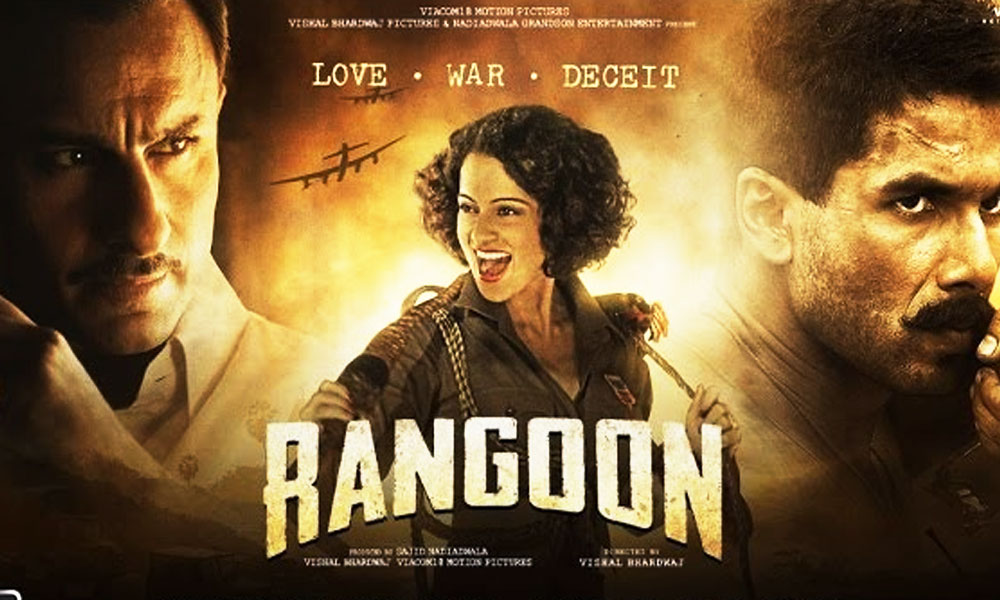 The much hyped and anticipated trailer for Bollywood movie Rangoon is finally out and it is as intense as it gets! The movie has a stellar star cast that includes the Nawab of Bollywood, Saif Ali Khan, acclaimed actor Shahid Kapoor and B-Town diva Kangana Ranaut.

The war drama has been directed by the award winning film-maker Vishal Bhardwaj. The film is set in the 1940’s and depicts the struggles faced during the independence era.

The chemistry between Saif Ali Khan and Kangana Ranaut is sizzling, the trailer also shows a Kangana being sent to Burma and Shahid Kapoor is then assigned as her bodyguard. A love triangle is formed when the two then fall in love.

Watch the trailer for Rangoon here!

Om Puri’s 7 Epic Quotes That Will Inspire You!