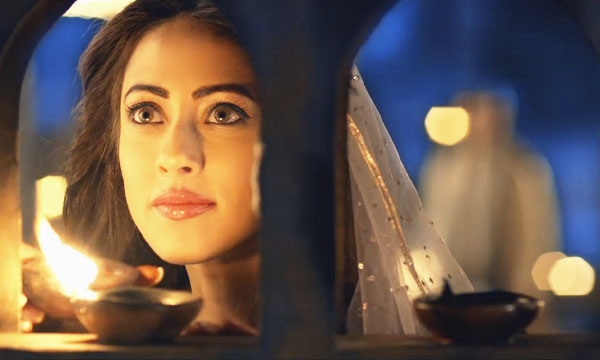 After Balu Mahi’s magical poster was rolled out on last week, there is an excitement in the air about Osman Khalid Butt’s and Ainy Jafferi’s upcoming Pakistani movie. Now the teaser of the film’s qawwali track is released and we are in love with the sneak peak!

The baritone voice of Rahat Fateh Ali Khan will cast a spell on the listeners. The cute chemistry of Osman and Ainy is worth a watch!

Directed by Haissam Hussain, and produced by Sadia Jabbar, Balu Mahi will hit the theaters on February 10, 2017.