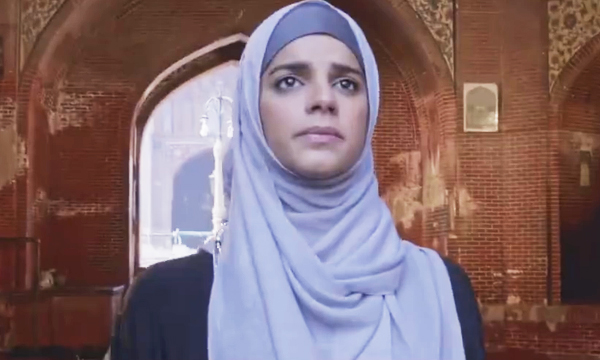 While we are eagerly waiting for Sanam Saeed’s Dobara Phir Se to hit the box-office on November 25th , the actress will also be seen in her movie Rahm, slated to be released on November 18th.

The trailer for her upcoming Pakistani movie “Rahm” has excited us even more to the stunning starlet on the silver screen.

The movie will unleash Sanam, at her best in the Shakespeare adaptation of Measure by Measure. Watch the trailer of Rahm here.

Seems like the movie will be a ground-breaker and will be worth a watch! However, the release date is still a mystery.

The chocolate princess of Pakistani Entertainment Industry, Sanam Saeed is all set to appear in the upcoming film ‘Rehm’ based on the Shakespeare play ‘Measure for Measure.’ The film will first be showcased at the Cannes Film Festival and later will be released worldwide. Directed under the banner of Ahmad Jamal, the Film ‘Rehm’ is based on a Shakespeare play called ‘Measure for Measure.’ The story plot of the play revolves around justice, morality and mercy in Vienna and the dichotomy between corruption and purity.

On the sets of Rehm

Rohail Pirzada, while speaking in a interview with Pakium.pk stated that the film ‘Rehm’ will be first showcased at the Cannes Film Festival and later it will be released worldwide. The actor quotes, “The film will mark the 400th Anniversary of the legend and a half, Shakespeare as well.”

On the other hand, Sanam Saeed, while speaking to the HIP sources revealed that the film ‘Rehm’ is British Pakistani collaboration. She further said, “Ahmed Jamal is a very old friend of my father’s who saw me grow up so I couldn’t say no to his film. He is a well-known documentary maker and works at BBC in London.”