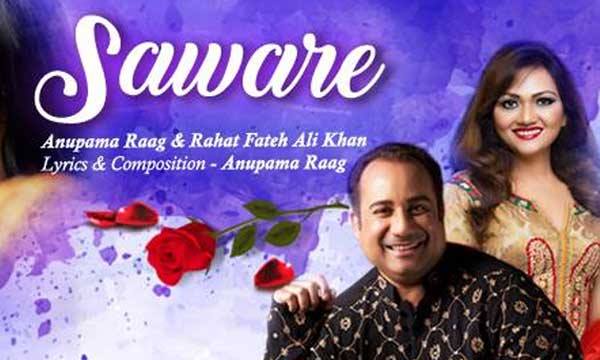 Legendary classical singer Rahat Fateh Ali Khan has wowed us time and again with his super-hit tunes and has fans all over the world. With notable melodious songs to his name in the Pakistani Showbiz industry and Bollywood, Khan has now teamed up with acclaimed Bollywood singer, Anupama Raag for a romantic single “Saware” for Zee Music.

The first look of the video has just been released and the duet is as soulful and romantic as can get! The video has popular Indian actor Kunal Khemu and Miss India Grand International 2015, Vartika Singh.

The song is composed and written by the talented Anupama Raag herself and produced by Nikhil Dwivedi.

With all Pakistani artists being banned from working in India, seems like the music companies are not paying heed to this ban. It is great to see Pakistani vocalists like Atif Aslam and now Rahat Fateh Ali Khan appearing in music videos.