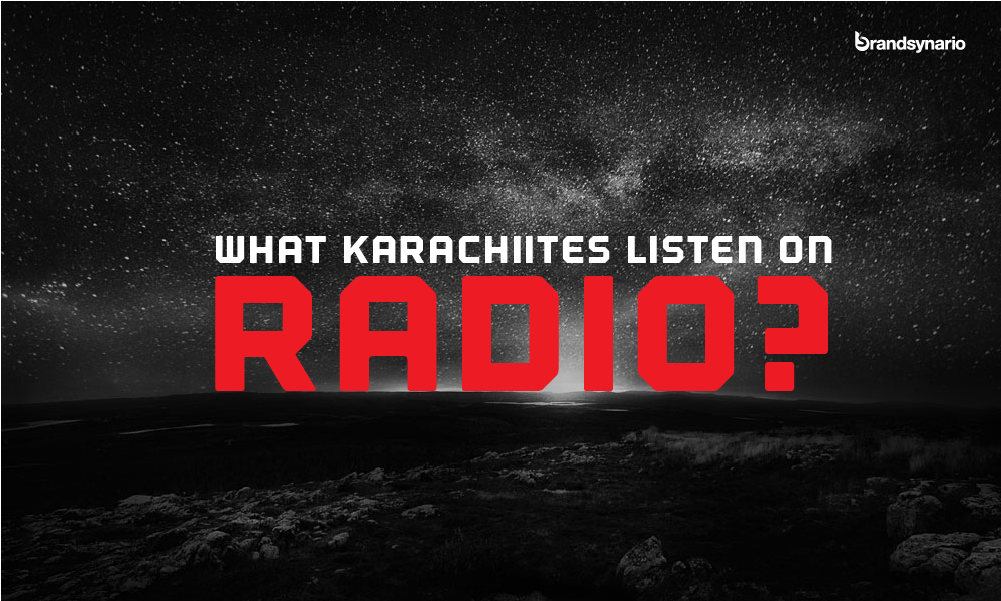 The influx of smartphones has made it easier for people to listen to exactly what they want and whenever they want. This inflow of smart devices has unfortunately created an adverse effect on the good old radio listening hobby among Karachiites. Nevertheless, old habits die hard, and there is still a good share of the population that prefers to spend their time listening to music on the radio rather than pre-decided playlists.

According to the infographics given below, the one crucial factor that influences radio-listening habits is the music collection streamed by the radio channels.

Another very important variable that affects the choice of radio channel a listener may tune into was the programming content of the show. The two other factors that affected radio listening ratings were that of likeability of the RJ and the timings of the show.

Take a look at the infographic which represents the findings of 3D Research regarding Radio listening trends in Karachi:

Another notable finding of this particular research is that the socio-economic class of listeners does not affect the reason for listening to a particular radio program. Whether it is A, B, C or SEC D even, the factors remain the same with the music collection being the top most priority followed by programming content, RJ likeability and Timings of the show.

The research reveals that Karachiites are still quite fond of listening to FM channels.

This listening takes place probably during rush hours while driving to and from work or driving to any place during the rush hour. Also during mornings and noon-time when there is no one at home and a lot of work to do in the kitchen. Another popular time is the late night hours when most people have free time at hand.

The research findings also reveal the reasons why listeners choose particular shows and give preference to them. The main reasons being music collection and programming content, other causes include staying informed, getting to know the latest news, passing the time well, listening to new songs and interesting conversations and topics of discussions.

Radio is heard the most at home followed by work and during travelling. When it comes to listening to the radio at home, females account for 98% listenership from homes whereas only 73% males listen to radio shows at home.

When it comes to work, 30% of males prefer listening to radio shows at their workplaces whereas only 3% of females tune in at work. This can be accounted to the fact that in proportion to men, fewer females actually go to work.

Back in the late 90s and early 2000, radio-listening was a rage and a hobby quite popular among the masses. With the advent of 3G/4G Internet as well as brilliant music-streaming apps and devices, it has considerably decreased.

However, interesting content, live music and well-themed discussions may just be able to revive the hobby among the masses. Happy listening!