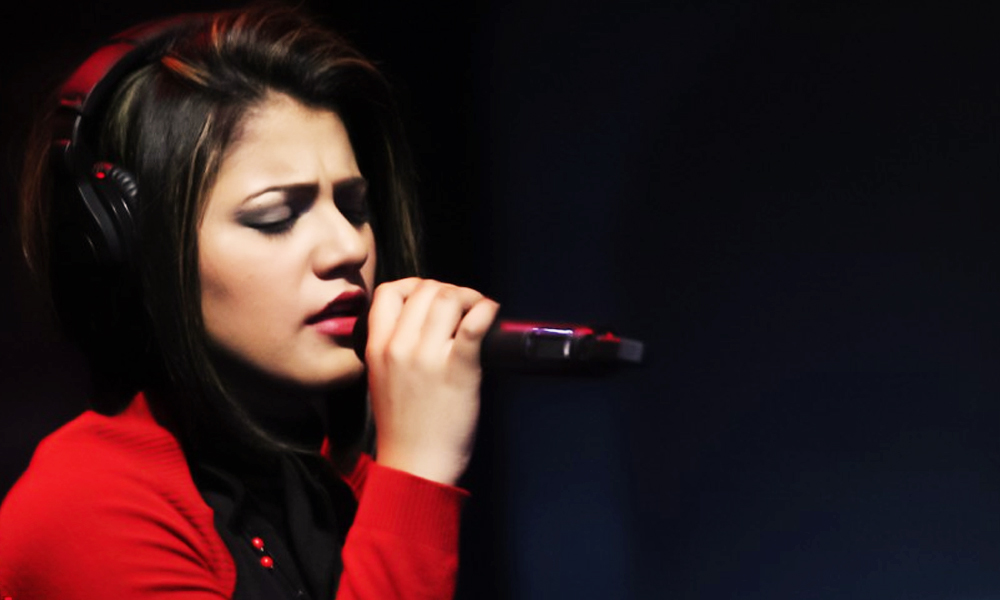 Qurat-ul- Ain Balouch’s latest Bollywood song Kari Kari is out and it’s more than intense! Featuring in the upcoming Bollywood movie PINK starring Amitabh Bachchan, the song is an ultimate treat for the listeners.

The Coke Studio singer’s magical vocals infused with powerful lyrics give the soft melody a unique touch. The movie PINK is a drama thriller flick where Amitabh Bachchan plays a lawyer of three women. Marking her Bollywood debut, the song assures that QB’s mesmerizing vocals will take her places! As we all know, Bollywood is totally impressed by our singers and musicians and roping in QB just proved them right.

The song video features Taapsee Pannu, playing the role of Arora in the movie- she can be seen lip-syncing to QB’s song just perfectly! The movie is all set to release on September 16th.

QB rose to fame from the Pakistani drama Humsafar’s title track ‘Woh Humsafar Tha’ and has sure come a long way! The emotional track hits you hard and the enthralling video leaves you wanting more.

The singer recently collaborated with the Indian director Mohit Suri for the song video ‘Saiyaan’- a Sufi rock tune written by the Punjabi poet-philosopher, Bulleh Shah.

Quratulain Balouch is widely known as one of the leading female singers in Pakistan. She has received many national awards over the years including Lux Style Award for Song of the year in 2012, Lux Style Awards for Best original track in 2012, Pakistan Media Awards 2012, Hum Awards in 2013 and Achievement Award in 2013.