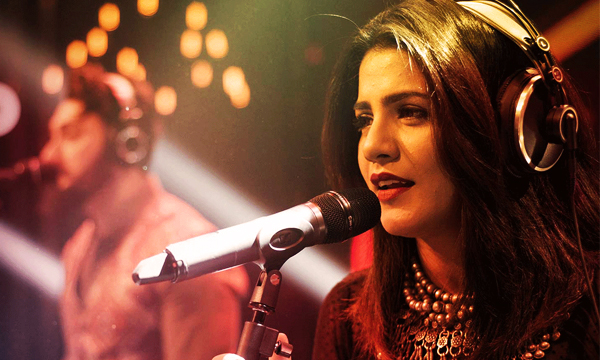 The song is composed by Salman Albert. Mohit Suri is really excited about his collaboration with Qurat-ul-Ain. The song has released in India under the new international label, EMI Records.

Listen to the song Saiyyan below:

The video showcases a young couple in love played by the two talented faces of the Pakistani entertainment industry. The video depicts a sad love story of two young lovers. The song has a Sufi kalam feel and is no doubt a deep and soothing melody. Qurat ul Ain began her career back in 2011 singing Ankhian Nu Ren De which was one of Reshma’s singles. She then appeared in the 4th Coke Studio season and sang the song Tere Ishq Main with Jal. Mohit believes music plays an integral part in movies and wants to encourage the youth by giving them an opportunity to sing and compose songs.

Songs that are featured in Mohit Suri’s movies are great hits! His movies have made Arijit Singh, Atif Aslam and Ankit Tiwari very popular. The songs include Tum Hi Ho from Aashiqui 2, Woh Lamhe etc.