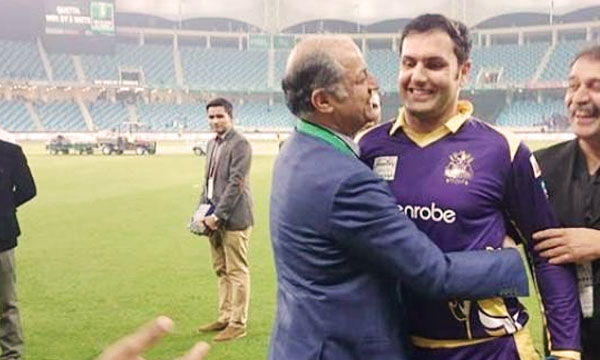 The Afghanistan skipper and the captain of the Afghanistan team, Mohammad Nabi, who capped his own presence in the PSL 2016 after scoring 30 runs that helped Quetta beat Lahore in a record 202-run chase, will be leaving HBL Pakistan Super League (PSL) earlier than the rest to prepare for the forthcoming Asia Cup 2016.

He declared it was a privilege for him to play for the Quetta Gladiators in one of the greatest cricket leagues and is saddened that he has to leave early and will not be part of the semi-final matches. “This has been one of the most amazing experiences of my career as I shared a dressing room with some of the best players around,” he said. “The atmosphere in the camp throughout was such that we enjoyed each other’s company.”

Nabi revealed the secret to Quetta’s success after they became the very first team to make a booking for a spot in the knockout stages. They were also the first ones to mark a spot in the top two.

“[Head coach] Moin Khan, [mentor] Sir Vivian Richards and all the players were very welcoming and we played like a family,” he said.

“I pray we win the inaugural PSL. They can do it even without me because there are a lot of match-winners in there and, more importantly, because we play as a team.”

Moin confessed that Nabi will truly be missed.  He became a major part of the team; he has featured in 8 Quetta matches along with Sarfraz Ahmed.

“Nabi became a very important part of Quetta as he bowled well in tough situations, so we’ll miss him quite a lot,” says Moin.

Moin also talked about the confidence oozing out of the 30-year-old player. “He had told everyone in the dugout before walking out that he’ll win this match for the fans of Quetta, and he did so,” Moin stated. “Only big players have this sort of attitude and I wish him success in the Asia Cup.”

“It was unfortunate that he was not getting a proper opportunity with the bat but he showed his worth last night by winning us an unbelievable match.”