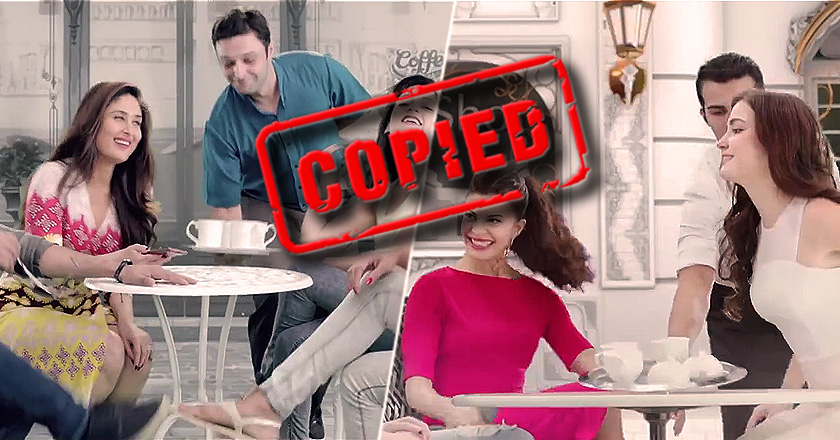 QMobile’s recent advertisement for the Z8, featuring Jacqueline Fernandez, is fun and quirky, with a very ear-catching jingle. However, on closer inspection, the TVC appears to be very familiar.

Initially identified by members on the marketing oriented Facebook group‘Khalid Alvi Marketing Next’, the QMobile ad seems to be a complete rip-off of the ‘iBall Enigma – The Perfect Selfie’ advertisement starring Kareena Kapoor.

The jingle featured in the QMobile video is almost entirely the same as the one in the iBall Enigma advertisement.

Both stars in their respective videos walk around in front of very similar black and white backgrounds, taking selfies in a carefree manner.

Watch the QMobile Z8 advertisement below:


And here is the original version, the iBall Enigma advertisement starring Kareena Kapoor:

With QMobile copying a Lenovo advertisement earlier this year, it seems to be steadily racking up a reputation for lack of originality.