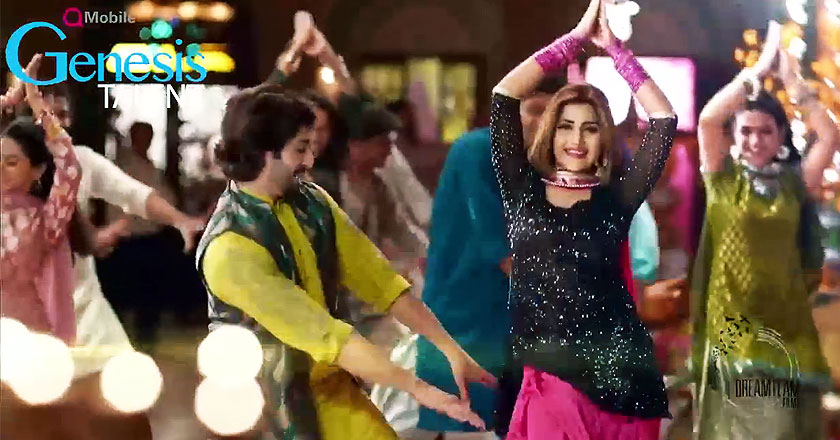 While the Bollywood star, Jacqueline Fernandez, is busy taking her perfect selfies with the high-end QMobile Noir Z8, our local stars, Danish Taimoor and Sohai Abro are dancing to a desi number promoting the lower-end series of the popular smartphones.

Having roped in a huge number of celebrities, QMobile’s latest ad features the Jalaibee star, Danish Taimoor, and the rising star, Sohai Ali Abro, dancing to a desi tune in a mayoon event set up. Both celebs having represented the brand previously are now promoting the new series, S200 and S250, in the latest advertisement.

While the new ad lacks creativity and elegance, it is quite appealing to the target audience, with the couple dressed in colorful attractive attires, putting on their dancing shoes for the desi tune.

The ad begins with Danish Taimoor, prepping for the dance number and continues to Sohai Abro, looking stunning in a short glittering black shirt and hot pink Patiala shalwar, joining him in the dance.

[fb_embed_post href=”https://www.facebook.com/GenesisTalentManagement/videos/496366860511047//” width=”550″/]
While Sohai Abro is promoting QMobile in the latest ad, she will be dancing to a Rivo mobile sponsored number, Selfiyan Re Selfiyan, in her upcoming movie with Danish Taimoor, Wrong Number.