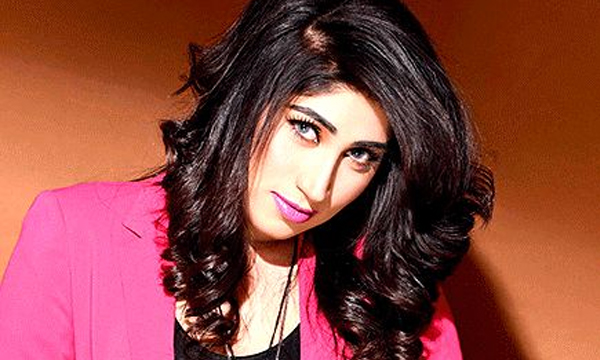 UPDATE: The management of Bigg Boss has reportedly rejected Qandeel Baloch’s participation in the show for its upcoming season. The social media sensation Qandeel Baloch, who has recently been in the limelight for posting inappropriate photographs with Mufti Abdul Qawi on social media, had earlier expressed her desire to go to Big Boss 10- India’s most popular and highly watched reality show.

However, it has recently been revealed that Qandeel Baloch’s wish is going to remain unfulfilled as the channel administration had refused to accept her application on the basis of judicial charges against her. Qandeel was quite excited about appearing on the hit Indian reality TV show, Big Boss 10.

Unfortunately, the management of the show rejected her application in line with the policies of the program, stating that “as of the date of applying, the personalities currently facing judicial gears are not approved for the show.”

It is being rumoured that Qandeel Baloch pulled the recent publicity stunt as a bid to secure her place in the show. She could have been the perfect candidate for Big Boss 10.

The social media celebrity Qandeel Baloch appeared in the The Late Late Show With Ali Saleem recently and revealed that the she has no desire to go to India, Bollywood or Big Boss. She says she is quite content with her career and life currently.

Qandeel further revealed that she has gotten offers from Bollywood but right now she cannot take them and hence have turned most of them down.

“I’ve gotten quite a lot of offers from Bollywood, but right now in this condition I don’t think I can go right now,” Qandeel says.

“I’m not desperate! I have no interest that I go to India or go to Hollywood or Bollywood. I’m not interested. I am a social media sensation. This is what I like,” she adds.

Qandeel Baloch actually does have a plan for the future. She says, “I want to create a platform for those people who want to come to this field. These people will face hurdles and problems that don’t allow them to show their talent. So I want to make a platform that they can easily access and then at least they won’t be a victim of these problems. You just wait and watch!”

Qandeel Baloch  may have finally found her place! The social media sensation Qandeel Baloch too to Facebook, announcing that she will star in the India’s most popular and highly watched show Big Boss 10.

Qandeel Baloch’s post set the social media abuzz with her post- hinting that the queen of controversies might be amongst the top 5 contestants to participate in Big Boss 10. Be it true or not, Qandeel Baloch is definitely enjoying the attention- proving her ‘drama queen’ status to be true!

This definitely will be a great achievement for Qandeel- previously celebrities like Ali Saleem and Veena Malik have also played their role in Big Boss 4.

It will be quite an achievement for her, but unfortunately she won’t be the first Pakistani to up the drama quotient in the controversial show. Previously, Veena Malik and Ali Saleem have played their part in Bigg Boss 4.

For the first time ever, Big Boss 10 has opened doors for the common man to participate, getting an opportunity to live with their celebrity ideals, reported Indian Express.

It is still to be confirmed whether Qandeel will be a celebrity in the show or a common man, are you excited for this?