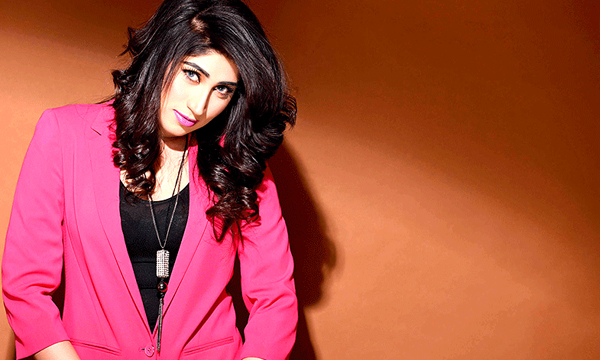 The social media sensation, Qandeel Baloch has been laid to rest in her ancestral village Shah Saddardin in Dera Ghazi Khan District on Sunday. The model was killed by her brother, Waseem at her residence in Multan on Saturday morning in the name of honor killing.

This Just In: Qandeel’s mother has blamed Mufti Qawi for Qandeel Baloch’s murder- she says that her brother Waseem murdered Qandeel because Mufti Qawi had asked him to.

A large crowd of people gathered to attend the funeral prayers, headed by Qari Muhammad Musa. Women relatives of Qandeel Baloch attended the funeral and applied henna on her hands and feet. According to sources, her mother kept kissing her hands- the funeral was attended by her two married sisters and brothers.

Qandeel Baloch’s father, Mohammad Azeem told the media that he will pursue against his son Waseem. “She was my son, not a daughter. I have lost my son. She supported all of us, including my son who killed her,” he said. Her brothers resented Qandeel for her achievements even though she was the sole supporter of the family. Meanwhile, the murderer Waseem was caught by the police and has even confessed taking his sister’s life in the name of honor.

“I am not embarrassed at all over what I did. Whatever was the case, it was completely intolerable,” he said while confessing his crime. Her sudden death has gained worldwide attention and the global fraternity came together to condemn honor killing. Popular celebrities took to social media to express their shock over the gruesome killing of the controversial celebrity.

Read what they had to say here.

#QandeelBaloch Your murder will not be ignored. Your voice not silenced. Your life and your beautiful mind, courage & freedom not in vain.

There is no honour in killing in the name of honour. Prime Minister Nawaz Sharif

If women started killing us to protect their honour, a lot of us would be dead!

#QandeelBaloch killed in an #honorkilling– how many women have to die before we pass the Anti Honor Killing Bill?

Spoke to Qandeel Balouch last night! she was so sweet and excited and ALIVE! This is horrible.When does this stop!

"Masculinity so fragile, a woman only needs to breathe to hurt it."
Powerful graphic for slain #QandeelBaloch pic.twitter.com/knzXW84GNI

Depressing to see some women lampoon #QandeelBaloch. You fail to realize that your sexuality, too, is a threat to some imbecile somewhere.

#QandeelBaloch was a Pakistani woman and deserved the right to life. No ifs, no buts. Punjab government must hold murderer accountable.

power,wealth & fame are surrounded by dark energies. beware of pursuing them without protection & purpose… #QandeelBaloch (RIP)

Poor girl was an entertainer, a lost soul and never harmed anyone but herself.There is more dishonour in killing your sister.#QandeelBaloch

None at all! #QandeelBaloch was no role model but she deserved a better, life and death. Strongly condemn! https://t.co/Tj5J8Kev9Y

She didn't conform to the norm, outspoken& unapologetic, silenced 4 ever. Shocked & saddened at #QandeelBaloch's murder

Bollywood celebrity, Rakhi Sawant was also enraged at Baloch’s murder and recorded a message for Pakistan’s Prime Minister, Nawaz Sharif over the issue.

Even Miley Cyrus posted about the Pakistani star in her Instagram.

There is no honor in killing this beautifully free spirited soul! #RIPQANDEEL

Next was Khloe Kardashian to raise her voice against her shocking murder.