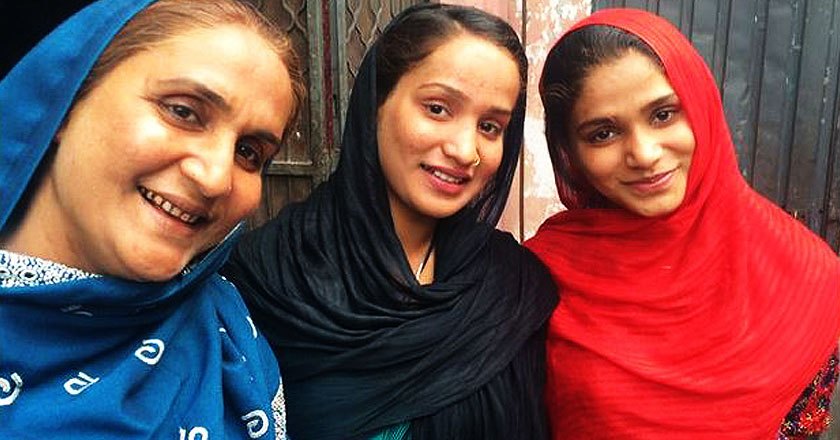 Various culturally remarkable things happening in Pakistan prove that Pakistanis are not extremists after all. They have talents, interests and the capability to become famous in every walks of life.

And one viral proof of the aforementioned statement is the Teenage sisters, Sania (15 years old) and Muqqadas (13 years old)  who have become an overnight international sensation by singing Justin Bieber songs in a short video clip.

The duo translates the songs to Urdu for a better understanding of phonetics.

Their video on “Baby”, a song by Bieber, has become viral and the ladies were recently covered by the international news channel, BBC in a short documentary. Watch the short interview here:

Additionally, they have been covered by NBC NEWS, stating that “So far the roughly one-minute video posted on Facebook has been viewed

These teenage girls sensationalized the internet with their video on Justin Bieber’s hit song “Baby”, with their mother making a musical beat using a small kitchen vessel.

In the interview conducted by Shaimaa Khalil of BBC News, the mother of the two sisters told the news channel, “I like Justin Bieber a lot. I feel he’s like my son”.

Pakistanis applauded these two young girls for their talent. Comments on the social media include: “these two girls are a competition for Justin Bieber”, “Pakistan’s got talent”, and many more positive views.

The girls told BBC Urdu that they have been singing from a young age and many of their family members possess the same talent. The duo knows Bollywood and Pakistani songs as well, however, their love for Bieber is deeper since his songs touch their heart.

In the video by BBC, the girls add that they started to jump and dance in excitement when they heard “Baby” by Bieber and repeatedly listened the song.

The sister duo is certainly an inspiration for the young generation of Pakistan. It doesn’t matter where you have come from, all that matters is your ability to rock the world!