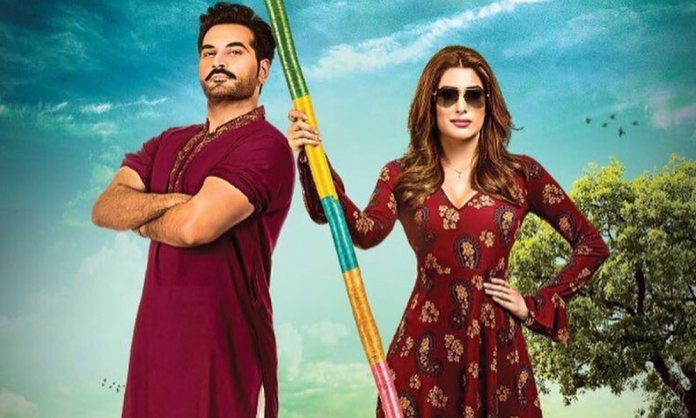 Since forever, Bollywood movies are being avidly watched in Pakistan. There is a huge fanbase in the nation that belongs to the Khans and the Kapoors. But the revival of the cinema industry has given a tough competition to the business of Indian films.

The high-on-desi-masala flick ‘Punjab Nahi Jaungi’ is making a huge noise, all thanks to its star-studded cast of Mehwish Hayat, Urwa Hocane, Humayun Saeed and Ahmed Ali Butt. What is more, all the power-packed promotions all over the world are adding the right punch to the hype. The film has met everyone’s expectations and the critics are just loving it!

Just recently, the popular Indian critic showed interest in Punjab Nahi Jaungi. Apparently, he fell in love with the trailer, the moment he saw it and has decided to watch the movie!

He applauded Humayun Saeed’s acting as a ‘Faisalabad Launda’

Interval n what a beautiful love story #PunjabNahiJaungi! Bro @iamhumayunsaeed you have done a terrific acting to play Faisalabad's Launda!

I have decided to review 2nd Pak film #PunjabNahiJaungi on this Eid coz trailer is very interesting n @iamhumayunsaeed is looking superb!

It comes as a surprise to hear KRK praising a Pakistani film since he is not the type that praises any film so easily. However, it looks like he is not the only one who is singing praises about PNJ!

However, the praise of a Lollywood movie was just not digestible by some Indians!

While on one hand, KRK praised Humayun Saeed and the 2 beautiful ladies by his side, some Indians could not believe their eyes.

Not interested in #pnj.Neither release in 🇮🇳 nor we need 😝😝

It’s really sad to see how art suffers at the end of the day. The industry is not a playground to fight because there is a political crisis happening between the two countries. Art should be left out of the war zone and talent should be appreciated where it deserves to be! Let’s let the box office numbers decide if the movie is worth the while shall we!