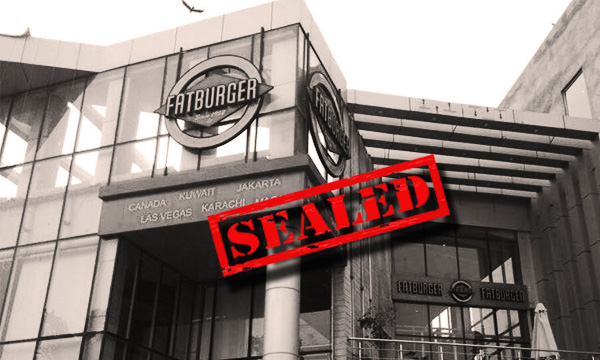 Food industry in Lahore has found itself in hot water as Punjab Food Authority (PFA) continues to seal outlets and slap heavy penalties, causing sales to slash down by a shocking 50 percent.

From Avari to Fat Burger, Pearl Continental to Gloria Jeans; none has been spared from  PFA’s nosy crack down against substandard conditions in the hotels, cafes and restaurants of the city.

According to Express Tribune, those eateries that housed poor hygienic environment, expired food items, stale meat and improper storage systems are the ones who are witnessing a whopping 50 percent decline.

Ironically, elite restaurants are mostly the businesses that failed to meet the least number of hygiene and food standards as demanded by PFA, consequently suffering from slow sales.

However, a sudden backlash by the restaurant owners has erupted in Lahore. Claiming to slander them on social media, the outraged owners accused PFA of charging false accusations on popular eatery brands and exposing a deceptive side of food scene in Pakistan.

Meanwhile, PFA Director Operations Ayesha Mumtaz has made it clear that the campaign will continue to unleash the businesses who failed to adhere to the rules and regulations of food inspection.

“You don’t need food scientists to check expired items and poor storage and hygienic conditions, anyone can notice the rotting goods,” she told The Express Tribune.