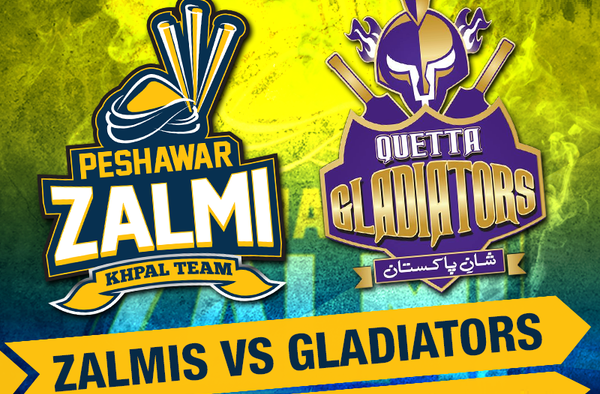 Gladiators outclassed Zalmis by their bowling and if Darren Sammy (48) have not rescued, they could have bowled out below 100 runs mark. At one stage they were 59-5. Muhammad Nawaz dominated again with three wickets while Umar Gul got two wickets.

Chasing 136 against Zalmi was not proved easy against their quality bowling  line up, but Kevin Pietersen stayed on crease till long for his 35 runs and guided his side to the edge of victory.

Muhammad Nawaz was awarded Man of the match.

The unbeaten teams of PSL T20 2016 by far, Peshawar Zalmi and Quetta Gladiators are going to clash against each other today in the 7th match of the league at Dubai International Cricket Stadium.

Both teams have performed par excellence in their first two matches of the league and we can expect a close finish in this contest. Peshwar Zalmi may be everybody’s favorite for this match; however, the Quetta Gladiators have shaped into a solid winning combination, showing off its talent in the field brilliantly. Peshawar Zalmi will have to get rid of the leading scorer of the league Luke Wright of Quetta Gladiators soon, who is single handedly leading the team to victory. Tamim Iqbal and Hafeez’s opening pair did what was needed in the last match and that is good news for Zalmi.

As far as Gladiators are concerned, Zalmi’s batting and bowling lineup is tougher than the previous they have faced. It won’t be easy to score against Junaid, Wahab, Asghar and Shaun Tait and similarly their bowlers will have to bowl at a tight line and length against Tamim Iqbal, Hafeez, Shahid Afridi and Darren Sammy.