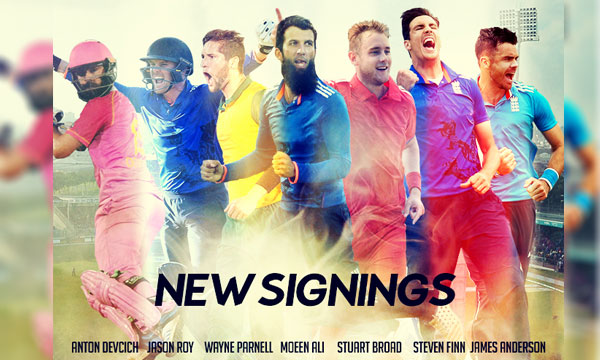 The second edition of the Pakistan Super League (PSL) will be much more exciting as international stars are joining the bandwagon- the latest additions are Sri Lankan pacer Lasith Malinga and South African all-rounder Albie Morkel.

With the former captain of New Zealand Brendon McCullum and England’s T20 skipper Eoin Morgan already signed, up the player roster and now the names of T20 specialist Malinga and Morkel makes the drafting list of HBL PSL quite impressive. This is just the beginning, as some big names are also in the line-up to be a part of PSL in the upcoming days. No other pacer is as lethal as Lasith Malinga in the T20 format, owed to his yorkers and pace variations- he was also part of the PSL Player’s draft for the inaugural edition but had to withdraw because of injury. Malinga also lifted the ICC World T20 trophy of 2014 as Lankan skipper and has been brilliant in the shortest format.

South African all-rounder Albie Morkel gets into the list of all-rounders for the HBL PSL Player Draft. Morkel has been brilliant in terms of both batting and the bowling- his hard hitting heroics can change the result of any game. Albie Morkel has scored 3,767 runs and 230 wickets in 287 matches.

HBL PSL drafting is currently open; franchises can retain their 16 players and can also renegotiate with them. The transfer window for shuffling players is also open concurrently providing a chance to these franchises to trade their players (draft pick or existing).